Simon Hart, Business & Development Director, has for the past thirty years enjoyed a busy, successful and varied career in the arts. A graduate of the University of Glasgow, the Royal College of Music and Bristol Old Vic Theatre School, Simon has worked as a classical singer, actor, musical director and singing teacher with leading UK cultural institutions such as Scottish Opera, Dundee Rep, the Royal Lyceum Theatre, RADA and the universities of Queen Margaret, Aberdeen and Edinburgh. Before joining Taigh Chearsabhagh, Simon was the artistic director of Puppet Animation Scotland, championing puppetry, visual theatre and animation nationally and internationally primarily through the organisation’s two national festivals, the MANIPULATE Festival and the Puppet Animation Festival. 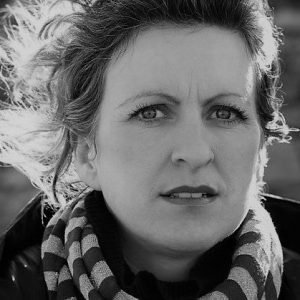 Kathleen MacInnes, Gaelic Officer, was born and raised in South Uist. She graduated from Herriot-Watt School of Textile and Design – the former Scottish College of Textiles in the Borders – with a First Class Honours Degree and an Incorporation of Weavers of Glasgow Award for Best Design Student in 1991. Known best for her distinctive singing voice, Kathleen has enjoyed a varied career in Gaelic arts, working in television and theatre, as well as recording and releasing much Gaelic music and teaching and performing at festivals. 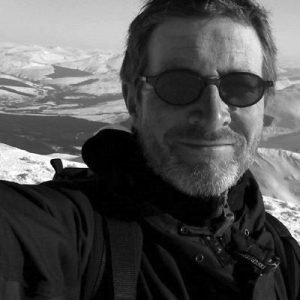 Andy Mackinnon, Arts & UistFilm,  joined forces with Taigh Chearsabhagh initially to produce the Passing Places – The Real Outer Hebrides participatory documentary feature in 2000. He then relocated from Glasgow to Uist, married a Uibhisteach, and has been curating the arts programme at Taigh Chearsabhagh since 2003, presenting high quality socially engaged exhibitions and residencies with a focus on Uist culture and environment. He has steadily developed the moving image production capabilities at Taigh Chearsabhagh, launching UistFilm in 2013 and producing the acclaimed Gaelic documentary An Dotair Mòr amongst many others projects. 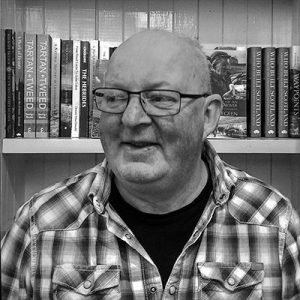 Norman MacLeod, Heritage, Retail and Operations, was born in Lochmaddy North Uist in 1959, and educated in Lochmaddy Primary School, Paible Secondary School and Portree High School. After leaving school he went to Gray’s School of Art in Aberdeen where he completed a Diploma in Art and Design. After various jobs which included shot blasting working for a Drilling Company and Fish Farming he returned to Uist in the early 1990’s and was involved in setting up Taigh Chearsabhagh with several other people. He has now worked in various roles for the Taigh Chearsabhagh Trust since 1994. During that time he was also a committee member for the Scottish Arts Council for six years.

The Board of Directors meet bi-monthly. We are delighted to have a strong Board which includes members from our founding bodies, Uist Art Association and Comann Eachdraidh Uibhist a Tuath and also includes experts and specialists in music, visual arts, architecture, civil engineering,  Gaelic language and culture.

Taigh Chearsabhagh Board of Trustees

Catriona Black grew up in Lochmaddy and has spent most of her working life in North Uist. She is a recently retired teacher and as a native Gaelic speaker has a keen interest in the language as well as local culture and heritage.

Josie Gaitens is an arts co-ordinator, writer and musician who divides her time between Iceland and the Hebrides. She has previously worked for organisations such as Fèis Rois, Celtic Connections and Highland Youth Arts Hub. She is passionate about increasing accessibility within the arts and forging connections between communities both within Scotland and internationally.

Archie Maclean is Depute Director of Studies at Sabhal Mòr Ostaig, Scotland’s Centre of Excellence for Gaelic Language and Culture.  He has responsibility for Learning and Teaching and Quality Assurance, as well as being involved in a range of Gaelic-related community development activities across the Highlands and Islands.

Angus McNab is a civil/structural engineer having worked in engineering consultancy with the same practice, both within the UK and abroad, since graduating in 1974 until his retirement from the partnership in 2011. His experience in development projects covers virtually all sectors and includes many projects in the Western Isles, including the Uist and Barra Hospital, Lochboisdale Harbour Redevelopment, and numerous projects on the military estate. His paternal family is from Skye and his maternal family from North Uist, to where he and his family relocated to live in 1994.

Mary Morrison has traditionally represented the local community on the board, and is the HR link for the staff.  She co-ordinates volunteers for the Comann Eachdraidh Uibhist a Tuath and is a member of the Coisir Gàidhlig Uibhist.

Sue Newby is a retired Oxfordshire primary head teacher and an ordained Church of England priest. Following her move to North Uist four years ago, Sue started working with CEUT and is now a member of the board at the new heritage centre at Carinish. Sus runs the after school junior CEUT at the primary school and has been involved with producing a book of island stories and an exhibition at Taigh Chearsabhagh in 2019 called Collecting for 2048, which won two awards.

Ellis O’Connor is a contemporary landscape artist from Scotland living on North Uist and working in the field of painting and drawing.  The dynamic energy seen in Ellis’ paintings are her response to observed changes in the landscape: the movement and rhythms of the sea and the land … the merging of sea with air, advancing rain and mist, ever changing light – elements that seem to be about something intangible. Ellis hopes her art will give people a chance to connect meaningfully with the Hebridean landscape and respect the nature that is so wild around us, cultivating a deeper understanding and inspiring others to make a difference.

Catherine (Cally) Yeatman  is the current chair of the Uist Arts Association. Her introduction to Taigh Chearsabhagh was as a student on the BA fine art degree with LCC UHI which is based here. An initial year turned into more as Uist got under her skin, and she is now permanently based in North Uist where she balances her art practice, and other work utilising her skills and experience from over 25 years as an Architect.

Special Adviser to the Board

Murdo Macdonald is Emeritus Professor of History of Scottish Art at the University of Dundee. He is author of Scottish Art in Thames and Hudson’s World of Art series. He is a former editor of Edinburgh Review. His research interests include the art of the Scottish Gàidhealtachd (in combination with colleagues at Sabhal Mòr Ostaig, the Gaelic College of the University of the Highlands and Islands), and the cultural milieu of the Celtic Revivalist and ecologist Patrick Geddes, not least with respect to cognate revivals in India and Japan. He has a longstanding interest in James Macpherson’s Ossian as a point of origin of the Celtic Revival. With Eric Shanes in 2013 he identified J M W Turner’s lost Ossian work from 1802. He was appointed an honorary member of the Royal Scottish Academy of Art and Architecture in 2009, and an honorary fellow of the Association for Scottish Literary Studies in 2016.

Iain Gordon, formerly the Head of Finance at Sabhal Mòr Ostaig, is engaged to provide Taigh Chearsabhagh with accounting services.

Winter Opening Hours
Monday to Saturday 10.00am to 4.00pm
Café closes at 3pm

Summer Opening Hours
Monday to Saturday 10.00am to 4.00pm
Café closes at 4pm