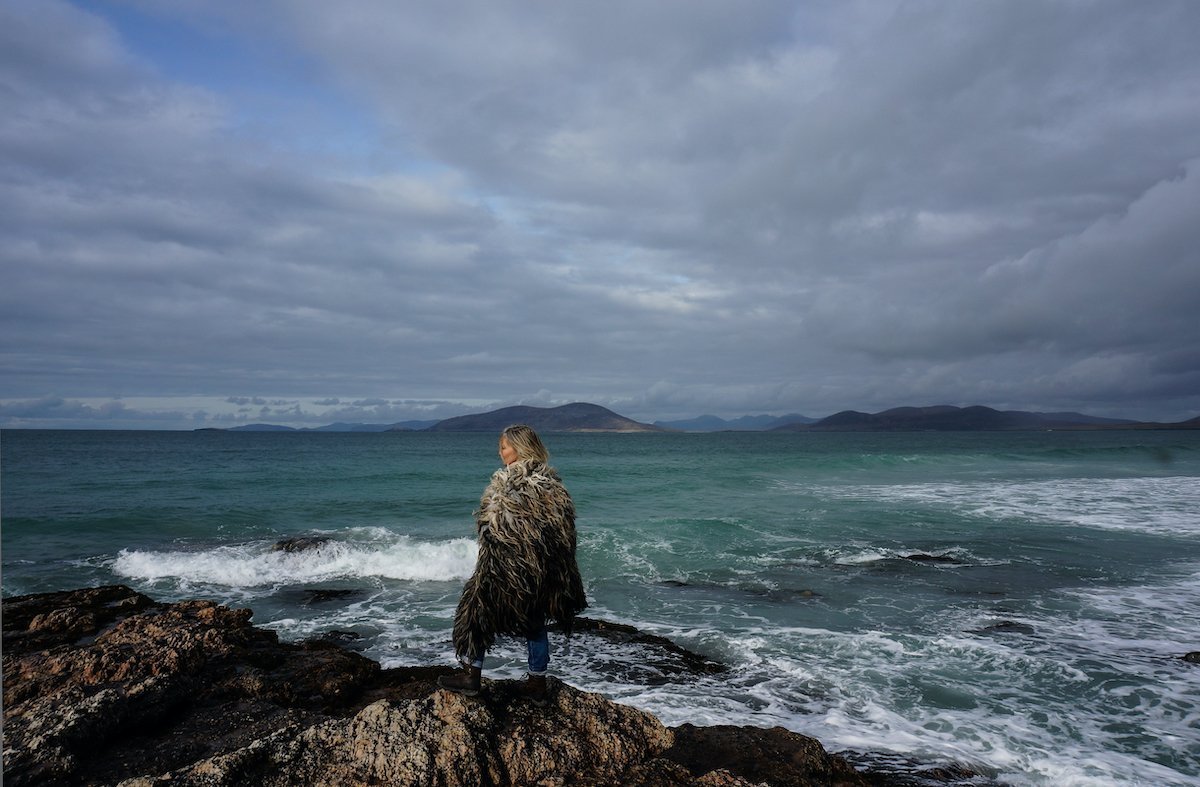 A thousand year old saga of a valiant viking woman linked to women of the Outer Hebrides today.

Auður the Deep Minded lived in the 9th century, yet her story of flight, migration and strong female leadership is still as relevant currently. Auður fled tyranny in Norway and subsequently violence in the Outer Hebrides and the Highlands, before captaining her own vessel and guiding her people to safety and settlement in Iceland. She is the most prominent female figure in Icelandic medieval texts with her story written down in the Laxdaela Saga and Landnámabók (Icelandic Book of Settlement).

The men in Auður’s life were amongst the most powerful vikings of her era. Her husband, Olaf the White, was the viking king of Dublin, her father Ketil Flatnose ruled the Hebrides and her son Thorstein the Red inherited his grandfather’s territory and, in addition, took control of a large part of the Highlands. All these men succumbed to violent deaths as was honourable in viking culture. In contrast, Auður during this time came into contact with the teachings of Iona and converted to Christianity. She was very devout and it was most likely her faith that gave her the vision to guide her people in a strong yet peaceful manner.

Following the deaths of her male relatives, Auður was isolated and vulnerable to her family’s adversaries. She thus gathered together the remains of her family, noble men and slaves and set sail to Iceland. There she was the only woman to claim settlement lands in her own right and once established she set her slaves free, allocating them land as she had done for her own people. Iceland was settled rapidly between 870-930 AD, with the majority of settling females being of Hebridean origin. Even today, in Iceland the Hebrides are referred to as the Suðureyjar ‘the southern islands’ from whence they came.

As an artist, crofter of Hebridean sheep and islander, Meg could relate to aspects of Auður’s life and was inspired by Auður’s bravery, vision and honourable female leadership. During March this year, following a residency in Iceland in 2019, Meg spent a month at Osterøy Museum, near Bergen, Norway weaving a vararfeldur viking ‘fur piled’ cloak on a warp-weighted loom in honour of Auður. Such cloaks were status symbols in viking society and this work forms the focal piece of her art exhibition. The cloak is woven from North Atlantic sheep fleece, sourced from Meg’s own Hebridean flock and shepherdesses from across the northern periphery tracking the voyage route of Auður. Sheep were essential to the vikings as a food source as well as clothing but most importantly they provided wool to make sails enabling them to make extensive sea voyages. Hence, why we find the various North Atlantic sheep breeds distributed in the former viking voyage routes and northern settlements.

In the exhibition, women of the Hebrides, of different ages, origins and with various roles within the community, are featured wearing the vararfeldur cloak.  As part of each photo shoot Meg recounted to the women Auður’s saga thus the ritual of wearing the cloak became as if passing on the mantle and persona of Auður. In this way, the process both engaged them in her story of bravery and honourable leadership while celebrating the contemporary women of the Hebrides thus linking human experience over one thousand years. 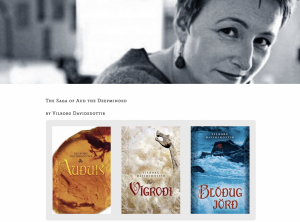 Vilborg Davíðsdóttir, a distinguished Icelandic writer with a background in journalism and ethnology, is the author of a trilogy of novels about the life of Auður the Deepminded. The books throw a new and unexpected light on the fate and conditions of women in the Viking Age.

COVID 19: All film and photography was carried out in accordance with current COVID scientific advice in relation to textiles and film production.