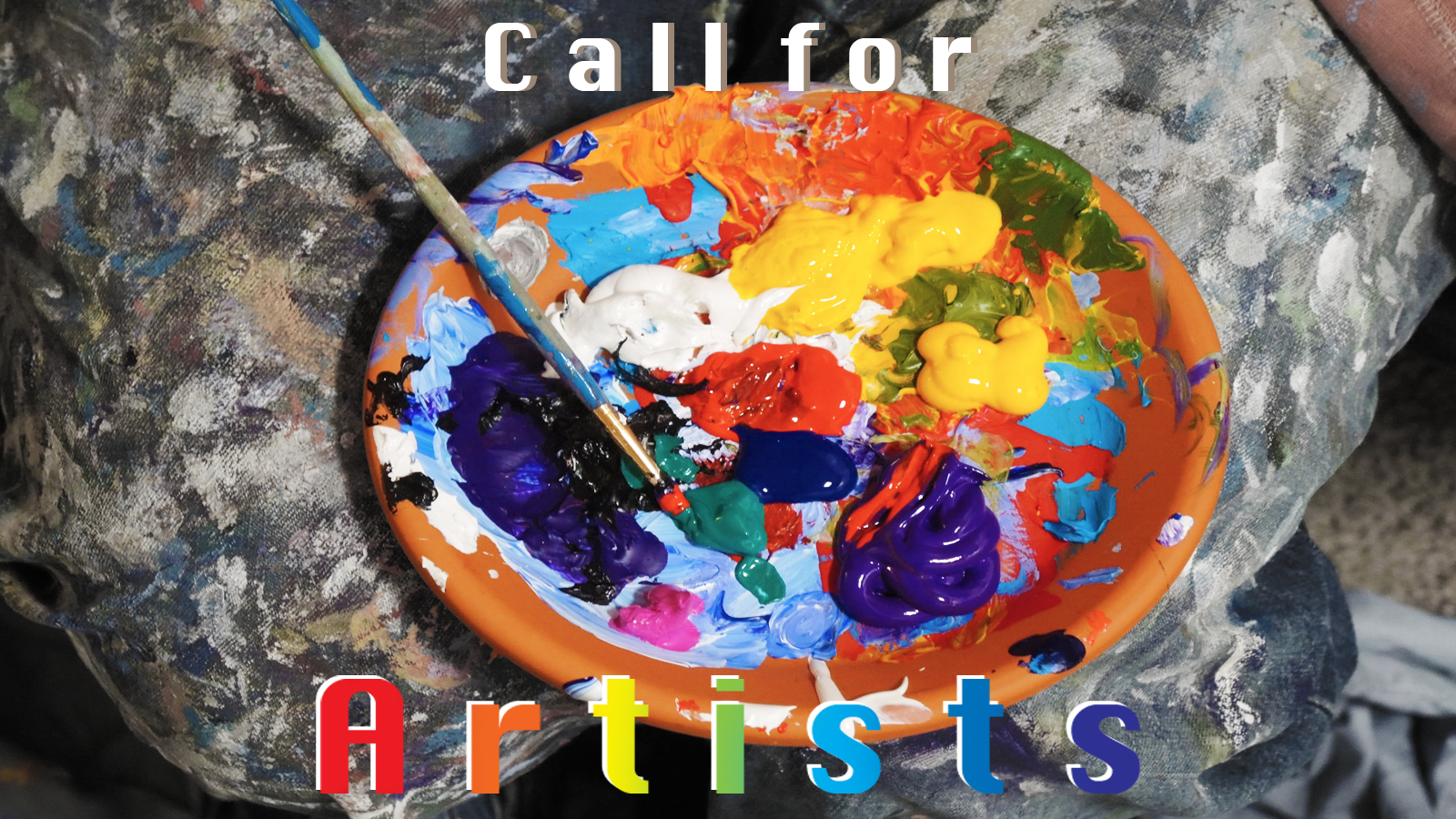 The community of the district of Sollas, Isle of North Uist, Outer Hebrides would like to commission an artist to create a suitable memorial commemorating the Battle of Sollas. This is an open call for artists to submit a Stage 1 proposal and outline ideas.

We are looking for an artist who will use imagination and sensitivity and who will work with the community to create a memorial which is contemporary, but fitting for its historical background and that the community feel ownership of.  We welcome interest from local and national artists, using any suitable medium.

Applications are welcome, responding to the historical context and outlining an approach of how the work would be developed. From these initial proposals, a shortlist of 3 artists will be created, and these 3 artists will be invited to visit North Uist to:

No fee given for this (except travel expenses), but there will be a fee for the delivery of the commission

The Battle of Sollas took place in August 1849 between the local crofters (including women and children) and the employees of Lord MacDonald (the landlord), who were supported by the local constabulary and Police reinforcements sent over from the mainland to help.  In the years prior to, and following, this event many hundreds of people left the area, many against their will, during the Clearances.

Today there are approximately 160 people living in the Sollas district, from Claddach Vallay to Grenitote, but 155 years ago there were nearer 700 people living on the same land.  Following the clearance of families from the land, it took 50 years for Sollas District to be resettled as crofting townships.

Although the Battle of Sollas is mentioned in a number of history books, and is still very much alive through local oral tradition in our community, there is no visible information locally or signs marking this period, for visitors or those with family connections.  In 1999 two memorials were erected to commemorate the centenary of the return of Sollas to crofting townships, but we have nothing to tell the story of how or why the people were cleared in the first place. Following on from the centenary programme of events Sollas Week was established as an annual festival which will next year be in its 20th year.

We want to create a lasting monument to those who fought to keep their land and stood up against the Establishment.  As in other locations, the women of Sollas fought alongside the men and should especially be remembered for their bravery.  Four men were arrested and had to walk to Inverness for trial and then prison.

Sollas has to this day a very strong community spirit and is also a community which continues to use Gaelic at every opportunity and we hope this project will build on this as we reflect on our past but also look to the future.

In discussion with Malacleit Township in the Sollas district, a potential site for the memorial has been identified but final discussions and an initial meeting with the Local Authority Planning Dept and neighbouring households would be needed to confirm the site location.  This suggested site looks out over the main location of the Battle.

The memorial must be;

Stage 1 proposal: To be submitted by Mon 8 June

Proposals should be submitted to: cait.sollas@googlemail.com

Proposal submissions should include:

The Commissioning Group will assess the Stage 1 proposals, based on the above, and those shortleeted for Stage 2 will be informed by end June.  Unsuccessful applicants will also be informed of the decision on their proposal.  We are unable to offer feedback to applicants who do not make it to Stage 2. The decision of the selection panel is final.

Those progressing to Stage 2 will be invited to an initial Research & Development Day in Sollas in order to meet the group, discuss ideas and undertake site visits (date to be confirmed).  The first community workshop will also be held at this point, and the artists will be expected to attend.  Travel costs up to £350 and local accommodation costs for up to 2 nights (up to £50 per night) will be covered.

The applicants will then have 4 weeks to develop their proposals for a final submission of their ideas to a level suitable for Local Authority Planning Permission application.

The Commissioning Group will select one artist’s proposal for progression as the final work.

A fee of £500 will be paid to the successful artist.

The commissioning group will use this Stage 3 proposal to develop funding applications for the project.  If funding is secured, the artist will be asked to finalise and realise the project.  A fixed fee will be paid to the artist for this determined by the funding.

The years prior to the Clearances were difficult for the people of Sollas.  When the kelp industry was profitable, Lord MacDonald needed a large workforce and therefore the original crofts were broken up into smaller units so that more families lived on the land.  Rents were raised, forcing the people to work at the kelp.  The kelp industry started to collapse in 1822 but in Uist many families still worked at kelp until 1837.

Potatoes became the people’s staple food-source.  Huge quantities of potatoes were shipped from Uist to mainland markets and could make good prices. However, in 1836, there were many cases of potato blight, but complete disaster did not occur until 1846 when all the potato crop throughout the Highlands and Islands was blighted.  The people began to starve.

The Sollas tenants somehow managed to pay their rents in full until 1846 but after that many fell into debt.  However that is not to say that they were paying no rent at all, for when they were presented with eviction notices in March 1849 to emigrate to Canada, they had a total debt of only £624.

The people did not want to leave their homeland.  They felt that Lord MacDonald was largely responsible for their dilemma.  They reasoned that they would be able to clear their arrears if their crofts were doubled and fair rents set (as was done in Skye).  Each family also offered to pay £4 toward their debts.  All suggestions were disregarded and the people were ordered to be off the land by 15 May 1849.

On 14 July the first family was evicted – Norman MacPherson, a cottar on 13 Malacleit.  When the belongings were dragged out of the house, a crowd of 200-300 started to throw stones and Lord MacDonald’s men had to retreat.  On 16 July the Sheriff asked the people to leave but they reasoned that it was so late in the year that they would arrive in Canada in winter, with no money, homes or work.  The Sheriff agreed with their point of view and asked if they could stay until March, but Patrick Cooper (Lord MacDonald’s chamberlain) refused.

Following this Lord MacDonald wrote to Sir George Grey, the Home Secretary, asking for “an armed force” to compel the people to obedience.  The people of Sollas also wrote to Sir Grey telling of their plight.  The Army was not sent but thirty-five police constables, armed with truncheons, arrived in Lochmaddy on the first of August.  Following discussions between the crofters and the Sherriff and Patrick Cooper in Malacleit, two of the so-called ringleaders were arrested – Roderick MacPhail, 4 Malacleit and Archie MacLean, 11 Middlequarter.

The Battle of Sollas took place the following day on 2nd August 1849.  In the morning, the Police and Lord MacDonald’s men knocked on doors asking if the occupants were willing to leave.  Those that refused had all their belongings pulled out of the house and the turf roof ripped down ready to be set on fire.  The crowd that gathered round were quiet until the woman at 12 Malacleit shouted that her children were being murdered.  The crowd, mainly women and children, then rushed forward and attacked the police with stones and tangle from the shore.  The police took some time to control the situation.  The injured women washed their bleeding wounds in a stream, which is still called Abhainn na Fala (Stream of Blood).  One woman was arrested and Archie Boyd went to help her.  The woman was released but Archie was arrested instead, as was Roderick MacCuish, for defending their homes and families.

Cooper was still not content and needed to impose his authority, so more families were evicted.  The rest of the people still refused to sign a document saying they would leave their crofts.

The day after the battle, Cooper had a meeting with the head of each household and after much persuasion each family finally signed the document saying that they would emigrate to Canada.  Their crops and stock were signed over to Cooper.

When finally evicted, the people were sent to Langass – a barren, boggy area on the east coast of North Uist which had neither a house nor a way to make a livelihood.  Later they went to Locheport, before many finally, out of desperation, asked to emigrate to Australia.

Photo by Mike Petrucci on Unsplash