Horizon Rising | Fàire a’ Dìreadh is a continuum of David Cass’s practice on environmental themes – in particular sea level rise – over the decade since graduating from Edinburgh College of Art. His work is of particular relevance to North Uist and Taigh Chearsabhagh.

Each one of these artworks has been painted from imagination; and many are titled as a percentage, charting a rising horizon-line. Each piece has been painted upon a recycled substrate. Often, the surfaces themselves make reference to reasons behind sea rise: a copper boiler hints at thermal expansion; steel advertisements for motor oil and road signs reference pollution and over consumption.

The exhibition opens as Scotland’s ‘Year of Coasts & Waters’ begins. As new data emerges on the state of our planet’s health, the need to act becomes ever more urgent. The horizon is no far-off or distant concern for coastal communities such as the Outer Hebrides.

“David Cass illuminates an alternative future. A future where the products we consume have lives beyond landfill sites. A future where resources are part of a circular economy, one that recognises their value and the true cost of their waste… The horizon is rising. Just how far is now down to us.” 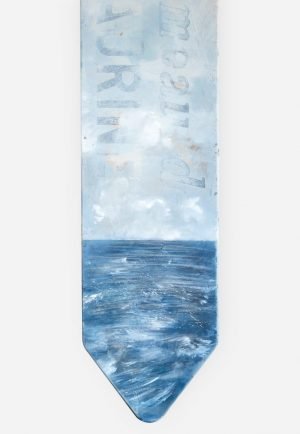 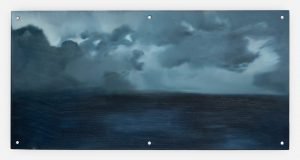 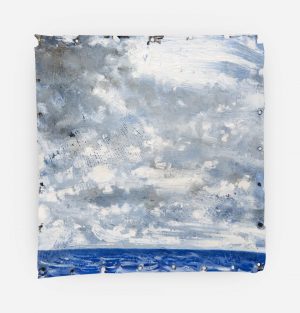 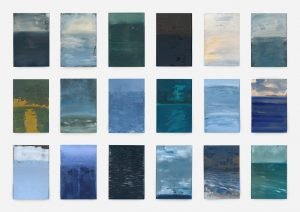 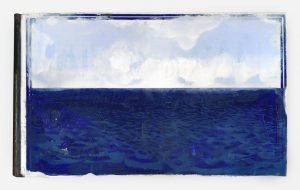 When The World Becomes Our Body | An Saoghal Nar Bodhaig Where does the human body begin and where does the natural world end? Ecognosis is an exhibition that consists of three new video works commissioned by Taigh Chearsabhagh which investigates the relationship between the human body and the tidal landscape. By giving nature the […] Read more...

Image by Rachel Fermi, Untitled (Blue Planet) In association with Taigh Chearsabhagh Museum and Arts Centre, UHI Centre for Rural Creativity, and the Art School at University of the Highlands and Islands, North Uist, in Scotland’s Outer Hebrides. Imagining an Island is a collaborative project, initiated by Professor John Kippin and Nicola Neate, which has evolved from their […] Read more...
See all Events >