When The World Becomes Our Body | An Saoghal Nar Bodhaig

Ecognosis is an exhibition that consists of three new video works commissioned by Taigh Chearsabhagh which investigates the relationship between the human body and the tidal landscape.

By giving nature the lead — while the human body acts as a part, measuring the time and rhythm of the tide — the exhibition establishes a conversation about the human relationship to its environment; a dialogue of tuning in, through quiet observation and receptive interaction.

By both clarifying and blurring the boundaries between nature and the human body, the works are playing with our perception and imagination, indecisive to where we belong in these times of self-made ecological devastation and climate change. 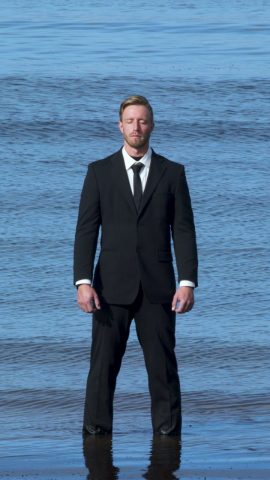 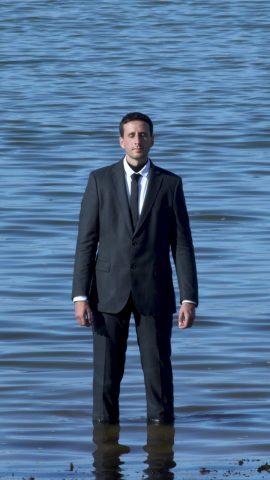 These video works have been commissioned by Taigh Chearsabhagh as part of our ongoing dialogue about the Climate Crisis and potential sea level rise and increased storm surge affecting Uist.

Emerging Danish artists Benjamin Skop and Amund Bentsen engaged in a residency in Uist late summer 2019 to shoot the videos.

The exhibition is now open to the public.

There will be a symposium: Imagining An Island 25 – 27 September, in collaboration with UHI Centre for Rural Creativity, foregrounding Contemporary Landscape Practices in Photography and Film. This is expected to be an actual event at Taigh Chearsabhagh but will also be accessible online.

Amund Bentsen is a dancer, choreographer, and interpreter who’s main focus is bringing together the often considered opposites of nature and culture, through an interplay between art, interpretation, and intellectual learning.

He started this journey professionally back in 2015, where he premiered with his first dance theatre production The World is Our Body, investigating the idea of civilizational progress and the earth as a living organism. In 2016 he moved  to the Swedish woods for two years to study dance close to nature at Åsa Folkhighschool. After graduating his dance studies in Sweden in 2018, he organized the group residency A Sense of Place in Aarhus, focusing on foundational exercises on connection to- and meaning of place and the sensed experience in a digitalized world. In 2019 he started his company Stretching Roots and went on tour with his first solo performance The Half Child. Since summer 2019 he has studied ‘Nature and Cultural Heritage Management’ at the University of Copenhagen, while working on the Ecognosis exhibition with Benjamin Skop.

Benjamin Skop is a visual artist, dancer, and choreographer working with human movement as his primary interest.

”I am concerned with movement as a primal constituting feature of reality and I look at how it, in its very nature, is generated within a broader context of time and space. I find interest in how we perceive motion by way of our perceptual apparatus as well as through our active, motion-based, engagement in the world.”

Skop’s professional dance career saw him perform in many of the most significant theatres around Denmark, as well as in Sweden, England, China and France. After ten years of dance and theatre work, Skop shifted his knowledge and understanding from the ‘movement-world’ into the field of visual arts. In 2019 he graduated from the Glasgow School of Art with a BA (HONS) from Fine Art Photography. Skop’s work has been exhibited and screened internationally in cities including Berlin, London, Copenhagen, Glasgow, Helsinki, Athens, Gdansk, and Rome.

Through continuous experimentation with various mediums including photography, video, motion capture, performance, and 3D technology, Skop explores new ways for corporeal movement to be performed, understood, represented and expanded upon.