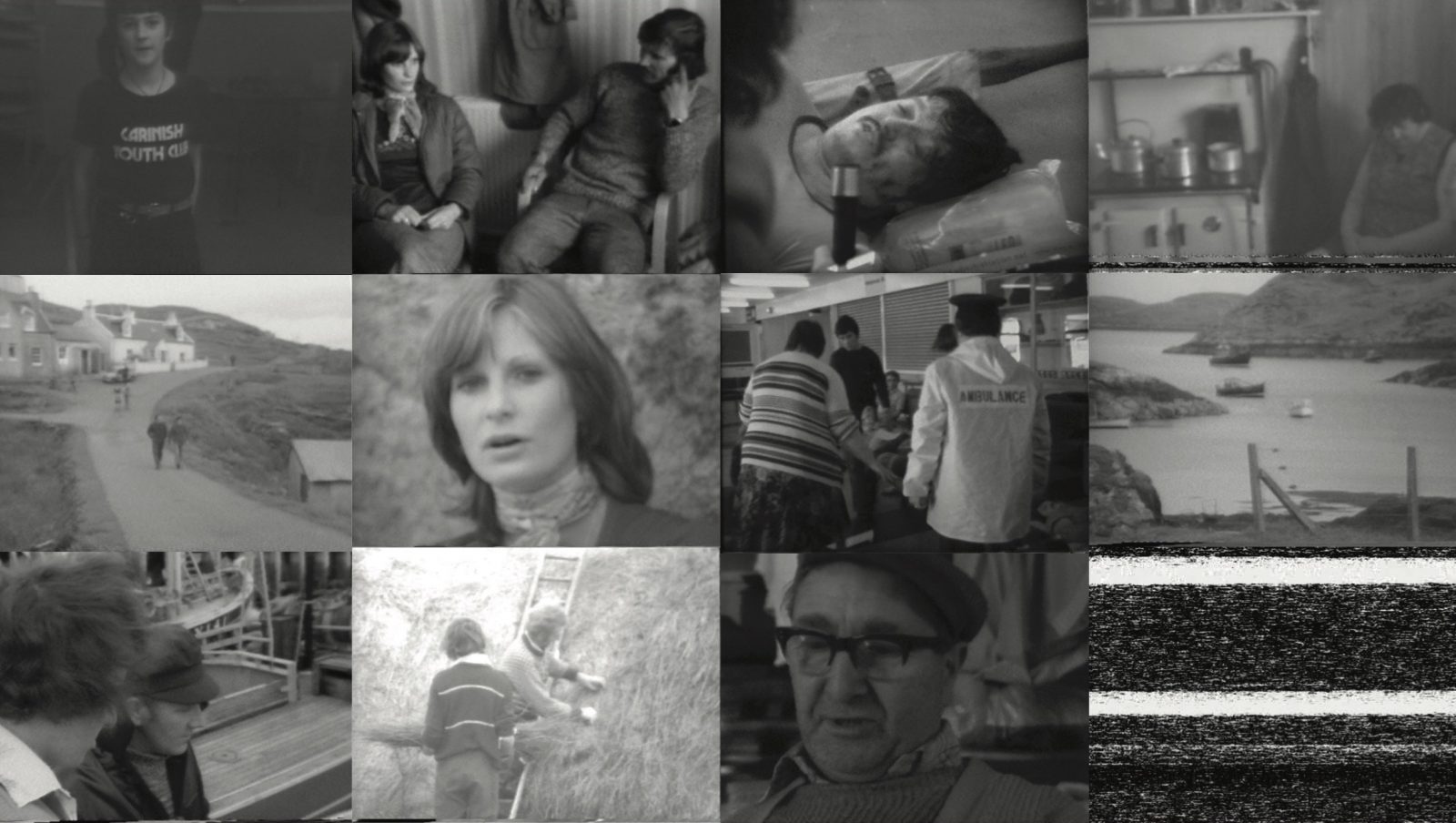 A showcase some of the Cinema Sgìre collection in Gallery 1 courtesy of  Museum &
Tasglann nan Eilean Collection. 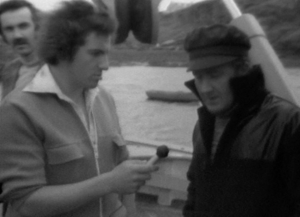 Cinema Sgìre was a community based film project that operated in the late 1970’s and was based in South Uist.  Set up under a programme set up by the newly established local authority, Comhairle nan Eilean, the project was largely supported by the Van Leer Foundation.  In addition to the operation of a mobile cinema, the project also recorded everyday life in the islands using the ‘modern’ media of video tape.

The Cinema Sgìre Archive is made up of over a hundred tapes recorded on an early format of open reel video.  Unfortunately the original equipment that was used to record and play the tapes in Uist is no longer in existence.  The tapes were recovered from the old primary school in Balivanich and eventually passed on to Museum nan Eilean for storage in 2000.

This collection is now urgently needing to be digitised while it is still technically possible.

To launch the FAODAIL | FOUND project in January 2019, we digitised 4000 feet of super8 colour film by local naturalist and Gaelic educator Annie (Chnoc na Luib) MacDonald from the 1960’s and 70’s. The films document Annie’s love of her native island’s unique flora and fauna. We raised almost £2000 with a well supported crowdfunder campaign. We hope to fundraise for the Cinema Sgìre digitisation in the same way. 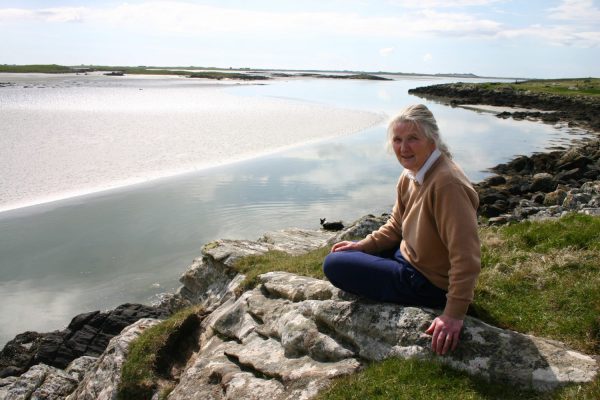 Up until as late as 1979, very little, if any, publicly disseminated moving image created in or about the Outer Hebrides was made from anything other than an outsiders’ perspective. This lack of an indigenous viewpoint and language led, at best, to an uninformed, and often romanticised or patronising, representation of island life.

How does the cultural value of moving image alter with inside/outside authorial perspective?

Through the project we are looking to digitise and make accessible;

Do you know of any home movie footage of the Outer Hebrides not already in the National Library of Scotland Moving Image Archive?