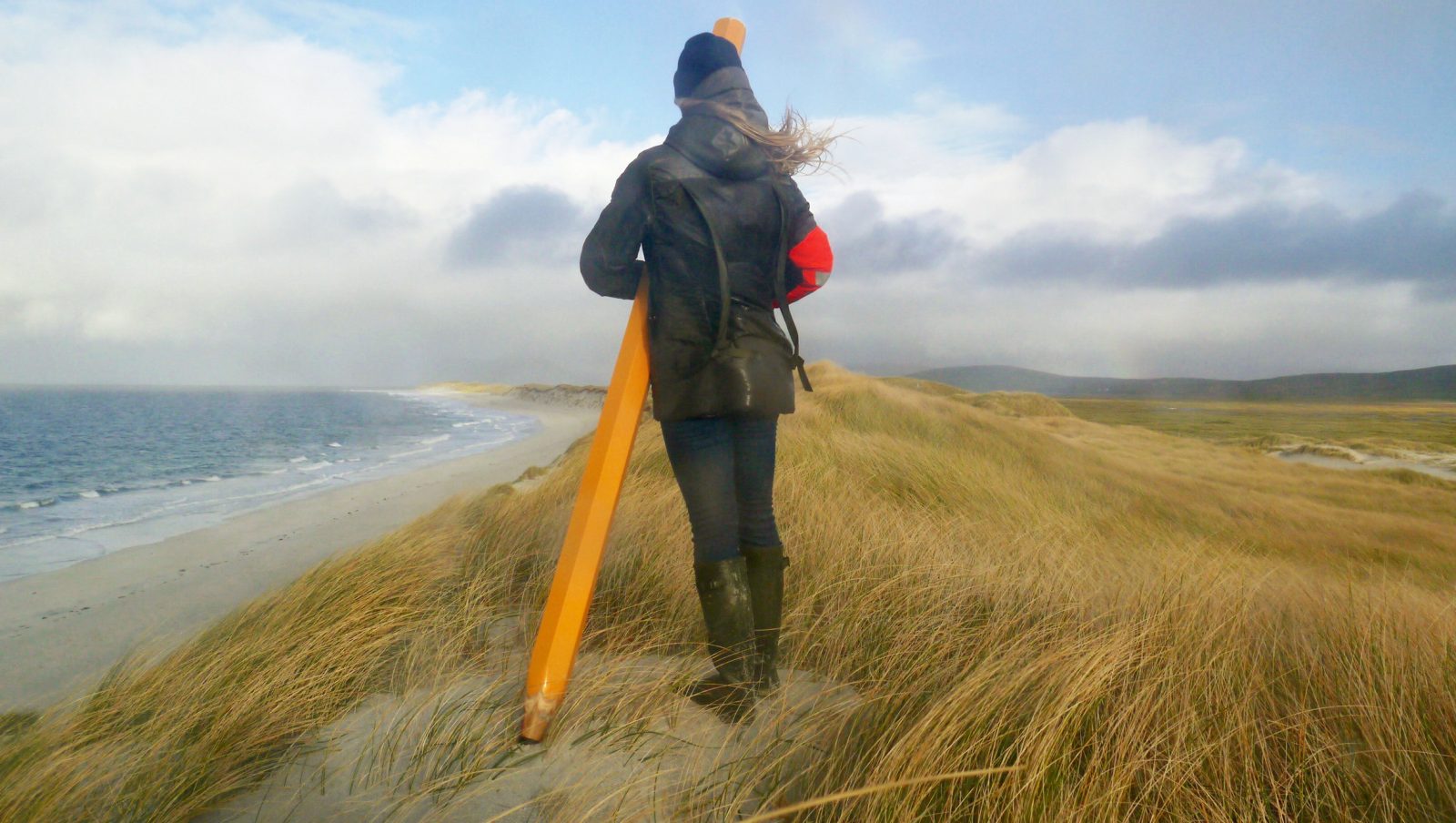 A new film and sound installation commissioned by The Wapping Project playfully explores questions around creation of borders. What are borders? How are they constructed? What are the consequences of their creation? Who draws the border? What is considered when it is being drawn? In Making Her Mark, a woman, performed by Scottish dance artist Tess Letham, sets out to draw a borderline directly onto a landscape. The looped piece accentuates the ridiculousness and futility of the struggle to translate a map onto a territory as the woman attempts to execute this physically demanding task with an outsized pencil. McClean questions what it feels like to create a line that closes down or confines movement, what it feels to cross it, to go through or to be cut off or to go around and round in circles.

The accompanying film To Be Retained plays with issues of smuggling – as soon as a border is drawn opportunities for illicit movement of goods and people are opened. This humorous, colourful and rapidly cut film takes as its starting point the General Register of Seizure 1867—1934 from the Public Records Office in Northern Ireland featuring previously undisclosed lists of goods sized at the border, the circumstances of each incident and the penalties. The register includes seizures such as 8 Live Cattle, 10 Umbrellas, 4 Pairs of Socks and 2 boxes of flowering plants that subsequently die at the Customs House and are rendered valueless and no longer subject to import duty. The piece underlines the ludicrous bureaucracy of border control and duty collection.

The filmworks are installed in Gallery 1 in Taigh Chearsabhagh and in a new exhibition space (the former Tourist Information Centre) across the road next to the Lochmaddy Hotel – re-imagined here as a Frictionless Border Control.

Making Her Mark has its first showing at Taigh Chearsabhagh Museum & Arts Centre on the island of North Uist in the Outer Hebrides where the original performance was filmed. The exhibition is accompanied by publication To Step Across the Line featuring newly commissioned writing by Kapka Kassabova, Tara Bergin and Lea Anderson.