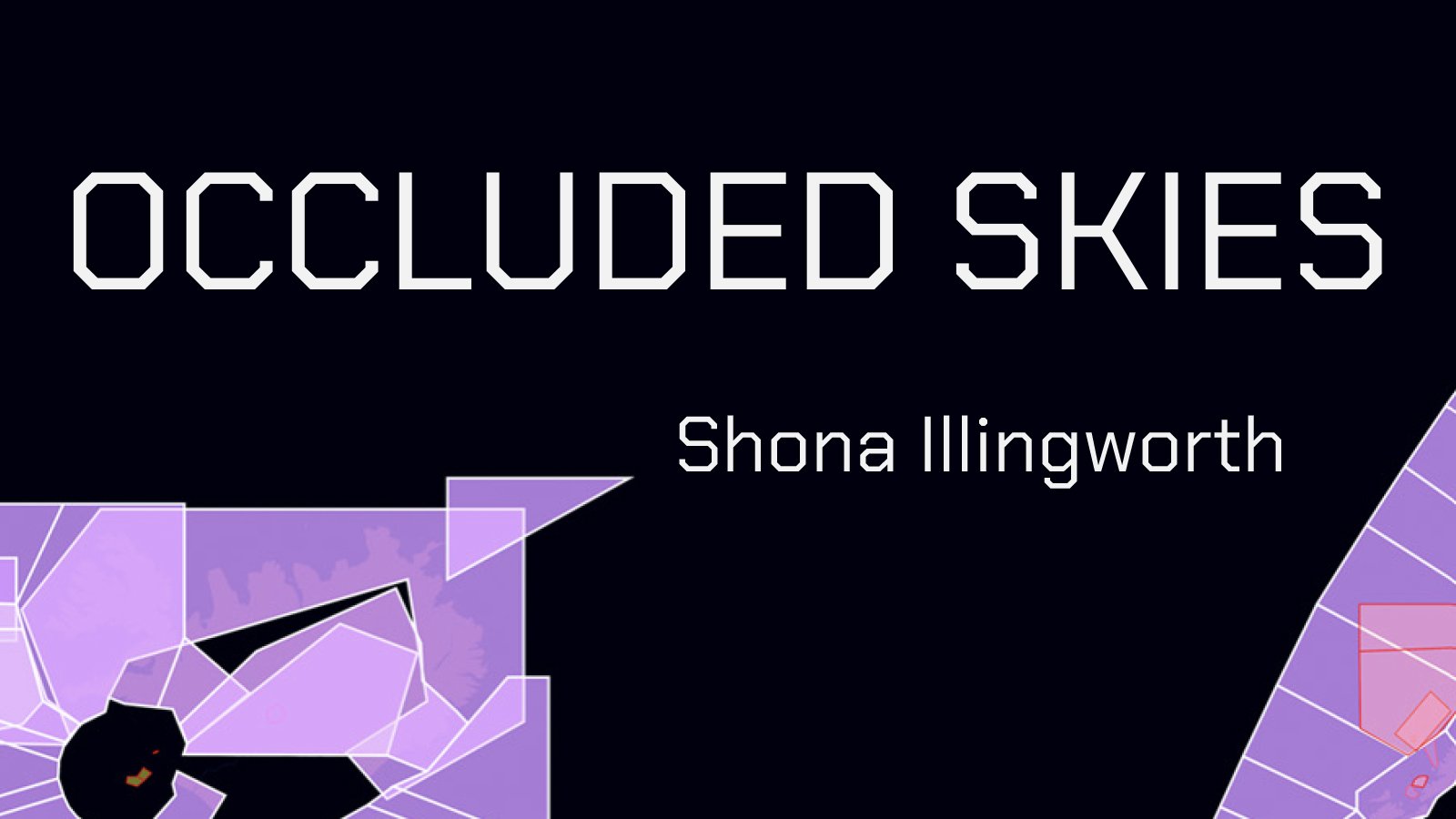 Shona Illingworth’s exhibition, Occluded Skies, brings together works completed during her Seachange residency at Taigh Chearsabhagh in 2012, with drawings, photography, maps and video works that track her ongoing investigation into accelerating political, military, environmental, and technological transformations of the sky above our heads.

Her Topologies of Air Blueprint series (2012), interweaves an exploration of the ecological, cultural and historical perception of air and the North Atlantic weather systems with the proposed development of the Outer Hebrides as a major ‘eco–energy’ producer, and the commodification of these natural phenomena into an economic resource. Her wall text work Sanitised Airspace  (2012 – ongoing)  lists aerial bound weapons systems that use sky related names and terms to conceal their devastating capabilities, many of which have been tested in the Hebrides Range. These include Scan-Eagle, Raven, Tornado, Merlin and Storm Shadow. These works are shown alongside a selection from a new body of works commissioned by The Power Plant Contemporary Art Gallery in Toronto that includes Restricted Airspace #8, part of a series of photographic works that set out to render visible the colonisation of the sky through meticulous mapping of the extensive areas of global airspace that are subject to restriction and military control, alongside Restricted Airspace – No Fly Zones (2022), which in contrast details the small number of temporary restrictions on the use of airspace established to protect civilians on the ground.  Airspace Tribunal #3 (2021 – ongoing), is a video work informed by the same-titled tribunal, an international public forum established by the artist in 2018 with human rights expert Nick Grief to develop a proposed new human right to protect us from increasing threats from above and features excerpts from the Airspace Tribunal hearings staged in London, Toronto, Berlin, and Sydney.

Anthony Downie has written a review of Occluded Skies and Topologies of Air for the MIT Press Reader. The article is an adaptation of the author’s introductory essay to “Shona Illingworth: Topologies of Air” (Sternberg Press)

*The screening planned for the 27th of August has been postponed due to unforseen circumstances.*

The exhibition will conclude with a special screening of Topologies of Air and an event in Hosta Hall. Topologies of Air (2021), a three-screen video and multi-channel sound installation (45 minutes), surveys the impact of accelerating political, military, environmental, and technological change on airspace and outer space. The work examines how humans have radically transformed the sky, from a space of imaginative projection and wonder, so profoundly connected to life across diverse cosmologies and shared cultural imaginaries, into an increasingly contested and hostile source of existential threat, anxiety, and increased hyper-vigilance.

Topologies of Air (2021) was commissioned and funded by The Wapping Project, supported by Bahrain Authority for Culture and Antiquities, Sharjah Art Foundation, British Council, Arts Council England and University of Kent.

Bookings are no longer available for this event.