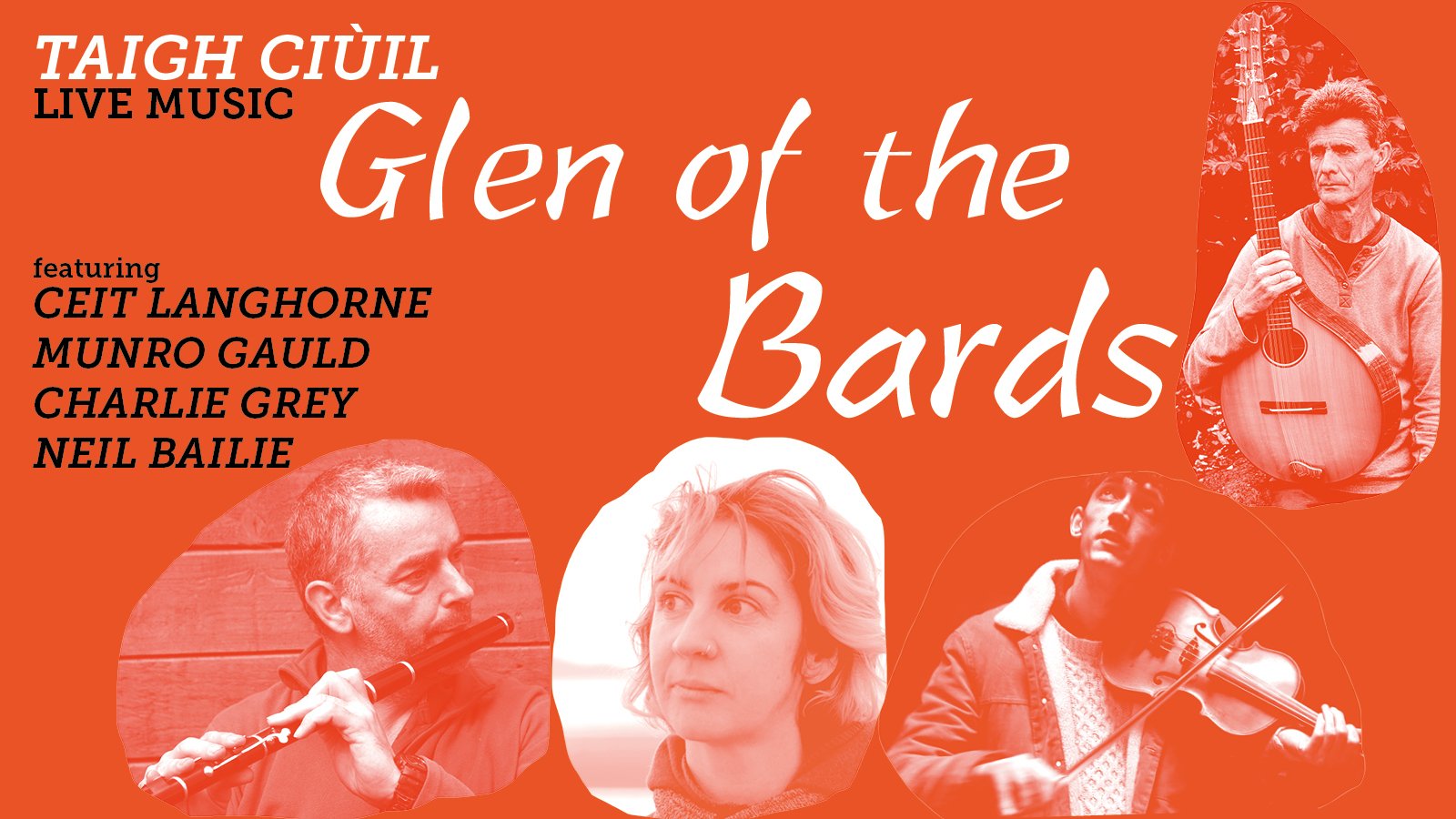 Glen of the Bards is a special edition of our Taigh Ciùil nights focussing on Glenmoriston. Glenmoriston has a rich tradition of local bards. Their poems and songs tell the story of a changing way of life: from shielings and drovers to the introduction of sheep and the clearances, to the rise of sporting estates.

In 2021, Ceit Langhorne (singer) and Munro Gauld (musician) undertook research on behalf of the Glenmoriston community. They uncovered over 300 local songs, which would have originally been shared in people’s homes.

Joined by fiddler Charlie Grey (Fort Augustus), and cittern player Neil Bailie (Aberfeldy), they aim to bring the music of Glenmoriston to life for the first time in perhaps 100 years.

This month, Taigh Ciùil will be hosted in the Taigh Chearsabhagh café with limited tickets available. Book now to join this poignant and lively evening of music and bards!