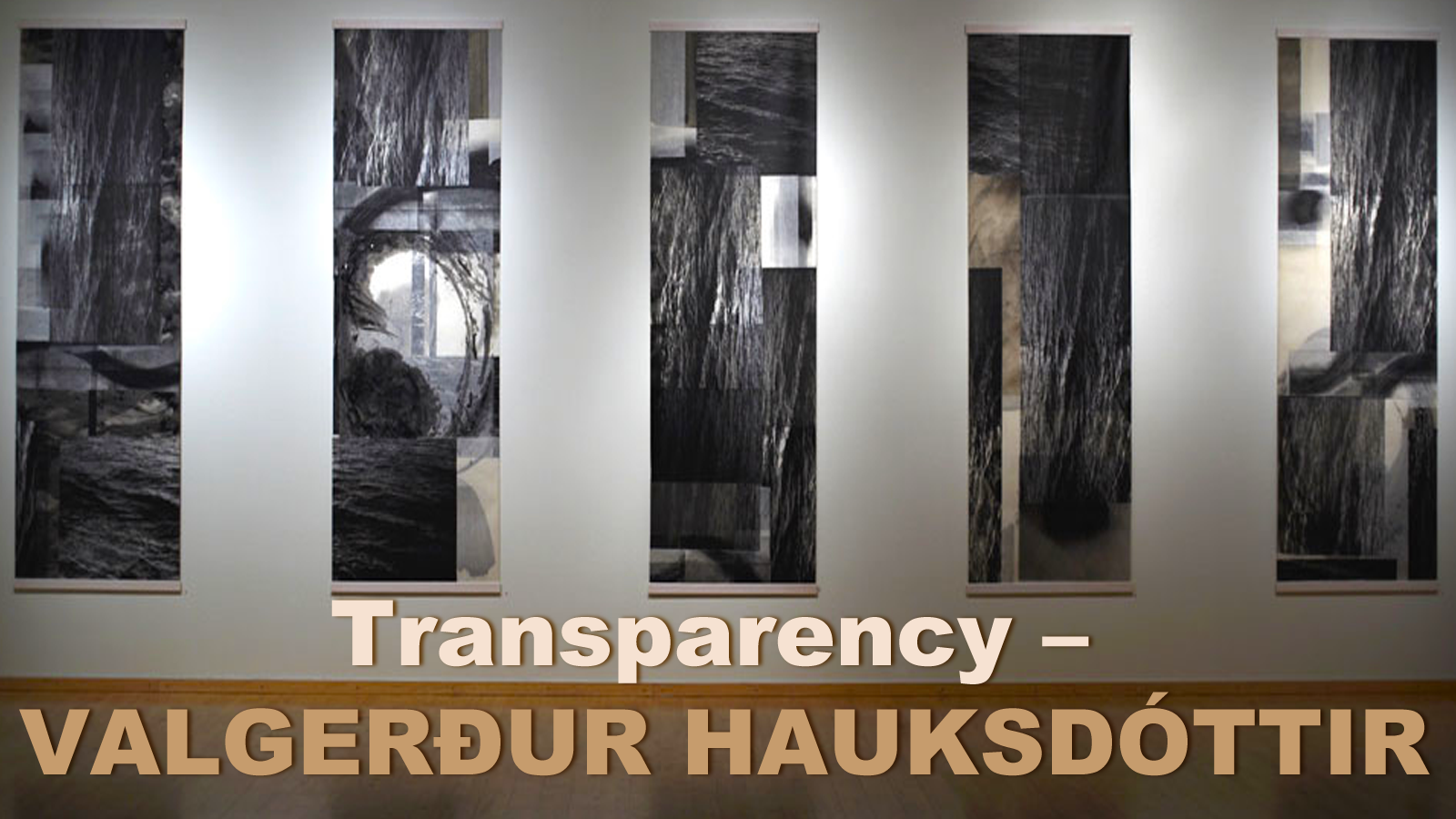 Transparency is a borderline piece between a sculpture, sound, paper and graphic work. The work is made up with an interplay between strips of thin Japan paper which hang from the ceiling and create a space which makes it possible for the viewer to approach the work from many directions because there is no front or back side. The hand made paper and printed units create a transparency and an effect of light and shadow, which is reflected in the diffused sound that comes from within the work. The goal is to create a dimension between different realities of transparency and substance.

“My art work has progressively become an integrative point for various matters of interest which might at first seem too diverse but in actuality are not far apart. The subject matter is consistently influenced by the laws of nature, the beauty/cruelty to be found everywhere in the environment as well as by the effect the surroundings have on each individual and on entire civilisations throughout the millenia. The artwork can be compared to a window where one peers in both directions, outward and inward, in an attempt to understand the origin of oneself as that of others.”

VALGERÐUR HAUKSDÓTTIR, who completed an MFA from University of Illinois in 1983, has worked equally as an academic and artist. She has had solo shows in Iceland and Finland, and has participated in group exhibitions in Denmark, Finland, Sweden, Germany, France, Norway and the US. Her works are in major national collections in Iceland and Italy.