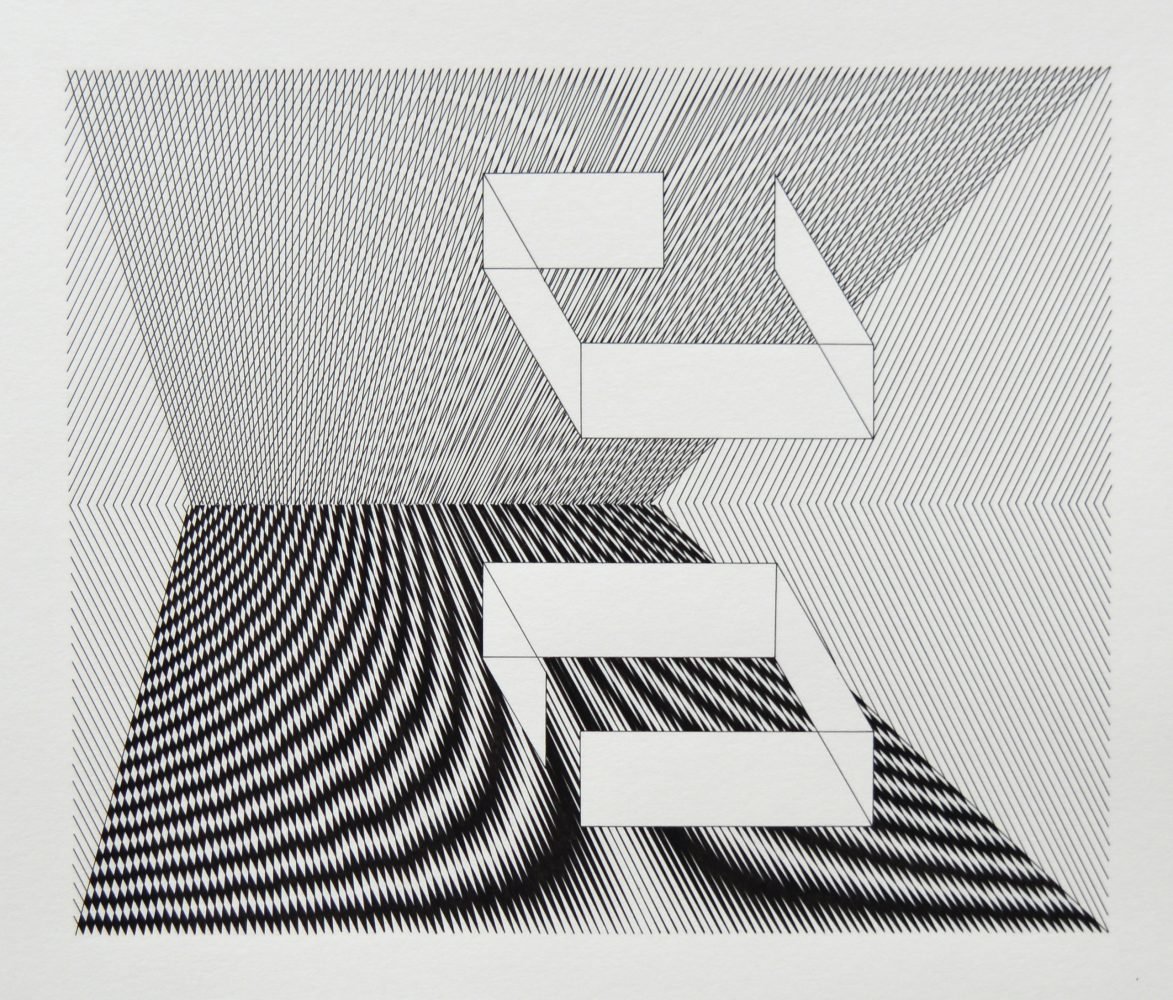 Trusadh | A Gathering is an exhibition of new work by Rachel Duckhouse, made in response to her RSA Residencies for Scotland residency in the summer of 2019. She walked the 156 miles of the Hebridean Way, from Vatersay to Stornoway, then spent two weeks in the studio at Taigh Chearsabhagh in Lochmaddy, North Uist, reflecting on her experience of the landscape.

The twelve pen and ink drawings and two copper plate etchings are developed from initial sketchbook drawings she made whilst at Taigh Chearsabhagh. She became fascinated by the crofting architecture she came across on her walk and its relationship to the landscape, social history, and the threat of future sea level rises in these low-lying islands.  She was particularly captivated by the sheep fanks, stepping stones and carraidh (fish traps) made by countless crofters over the generations, especially after she was invited to join a gathering of sheep in North Uist by local crofter Alastair MacDonald and his son Sam.

She had intended to develop her sketchbook drawings into a series of small and large scale etchings for this exhibition. She printed two small copper plate etchings, and was starting work on larger scale prints when Glasgow Print Studio was closed due to the lockdown restrictions of the Covid 19 pandemic. From then she began drawing at home, using just pen and paper. Her dislocation from her usual working environment, her changed relationship to the world outside, and her heightened sense of connection and disconnection to the islands greatly influenced the resulting works.

Her abstracted, geometric drawings of the landscapes she walked through are based on memories of her brief time on the islands, and North Uist in particular, and on the connections between physical presence and memory, in the past, present and future.

All the works are for sale.

These fanks were more than a basic enclosure to assist the hard crofting work, they were a place to gather, to help each other in the communal working  style, discuss crofting, island life and at times the ladies showed up in their polcan fainge, their best outfits on what was a local event.
Join Kathleen MacInnes, Taigh Chearsabhagh’s new part-time Gaelic Officer, for this gathering of people to share our stories. Rachel Duckhouse will talk about her experiences while walking through the islands, we will show crofting related archive film by Annie Chnoc na Luib and you are invited to bring your own stories and fank memories to share at this special Virtual Fank Gathering.