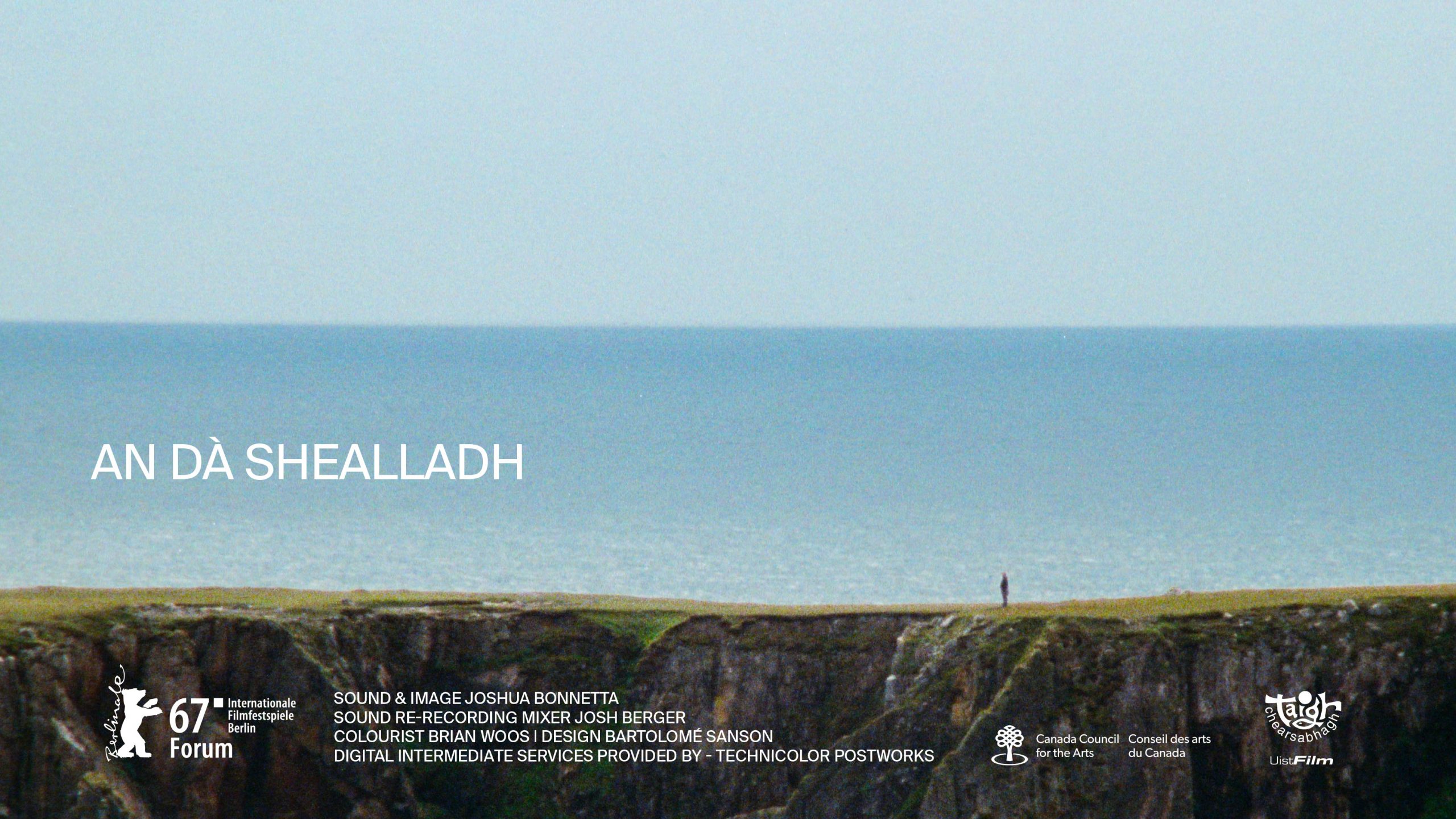 UistFilm Presents is a series of monthly film screenings, each last Saturday of the month at Talla Chàirinis. We’re delighted to be showing An Dà Shealladh (The Two Sights). Please book your tickets below, as there will only be a limited number available at the door.

Set in the western islands of Scotland’s Outer Hebrides, An Dà Shealladh is a sound-forward documentary that cinematically re-connects narratives of a disappearing oral tradition back to its physical environment. Analogue cinematography, field recordings, found tapes and interviews collected from several island communities are collaged together to explore the relationship between place narrative, environment, and the reciprocal influences they exact upon one another.

“The closing titles say THE TWO SIGHTS was “collected” on various islands of the Outer Hebrides from 2017–19, but what does the film gather? There are the images, captured on a 16mm camera, which survey all this ravishing landscape contains, taking in its rocky cliffs, beaches and plains, alighting on its flora and fauna and the houses and ships sprinkled over it, picking out currents, reflections and shifts in light. Then there are the sounds, recorded with the mic visible in the first shots, keening birds, the roaring wind, the crashing, gurgling, and trickling of the water. In voiceover, a whole anthology of tales can be heard, narrated in both English and Gaelic, stories of dog skeletons, drowned villages, and family members passing away, although songs, silence and the shipping forecast are just as at home there. But like any great collection, it’s not about the individual elements, but how they overlap, about how the crow hanging on barbed wire conjures up another story never told, about how the ripples seem to reverberate along with the woman’s harmonies, about how each anecdote floats over the rushing air. Sight by eye, sight by ear, two sights that ripple and flow together.”

“Foregrounds listening as a privileged sense akin to a second sight, one better attuned to ghostly ephemeralities than the fogged and blurred vicissitudes of vision.”

Joshua, who was born in Canada in 1979, is an interdisciplinary artist working with sound and image across installation, performance, and traditional cinema exhibitions. His art practice explores environmental sound through the frameworks of acoustic ecology and conservation bioacoustics. His work has been shown at The Berlinale, BFI London Film Festival, Institute of Contemporary Art (London),  Museum of Modern Art (New York), New York Film Festival, Toronto International Film Festival and Whitechapel Gallery.

On the evening of the screening, Director Joshua Bonnetta will both introduce the 87-minute long film and take part in a Q&A session after.