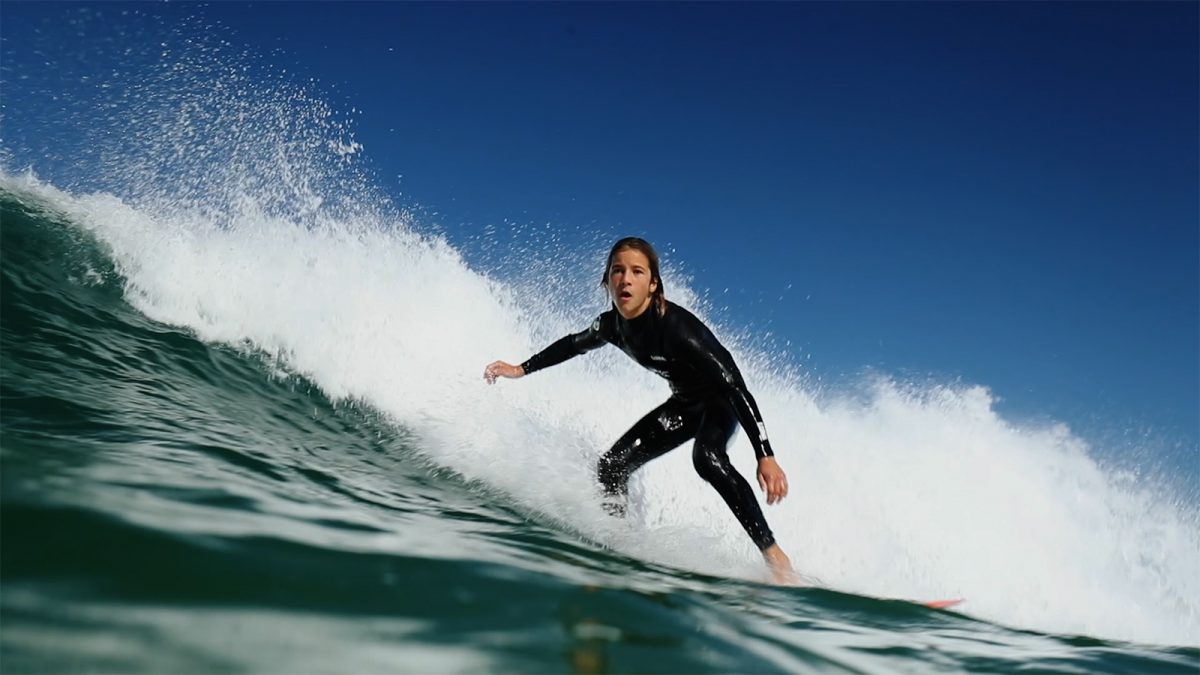 Having participated in competition surfing worldwide, 14-year-old Scottish under-18 champion, Ben Larg, is prepared to put his life on the line to ride one of the biggest and most dangerous cold water waves in the world at Mullaghmore, Ireland. If he gets it right, he joins an elite group. If he gets it wrong, the consequences are terrifying. Danger, opportunity, and dilemma collide, propelling Ben and his family towards an unknown destiny.

UistFilm Presents is a series of monthly film screenings, each last Saturday of the month at Talla Chàirinis. We’re delighted to show Ride The Wave. Please book your tickets below, as there will only be a limited number available at the door.

Ride the Wave is a Screen Scotland-funded feature documentary. The project has also received support from FOCUS, by Film City Futures and Scottish Documentary Institute and an Edinburgh International Film Festival Works in Progress Award. The film won the young audience award at the Galway Film Fleadh and was selected for the Great8 Showcase at Cannes 2021 and was released in the UK by Cosmic Cat.

“This is a film that sensitively eavesdrops on family life, as soaring drone shots provide the visual attractions of dramatic coastlines, blinding white beaches kissed by blood orange sunsets and mountainous waves crashing to shore. However Robertson’s skill lies in maintaining a warm human touch throughout. ”

“Robertson’s film is excellent at teasing out all the different things driving Ben towards his date with destiny – the desire to prove himself, the need to evolve as a surfer, his deep-seated fascination with giant waves. Its greatest achievement, though, is the way it also manages to be a film about parenthood.”

Director Martyn Robertson intimately follows the family over a three years period as they support Ben towards achieving his dream. Premiering at BFI London Film Festival in 2021 and screening at the Great8 at Cannes, Ride the Wave has enjoyed an award-winning International run at over 25 film festivals worldwide and releases in UK cinemas from 9th September 2022. Produced by Blackhouse Films & Urbancroft Films the film is supported by Screen Scotland, represented by Met Film Sales and distributed by Cosmic Cat Films and Verve Pictures.

For all other screening dates and locations, please visit the Ride the Wave webpage.

If you need to cancel your space for any reason, please email taigh@taigh-chearsabhagh.org as soon as possible so we can offer it to someone else.