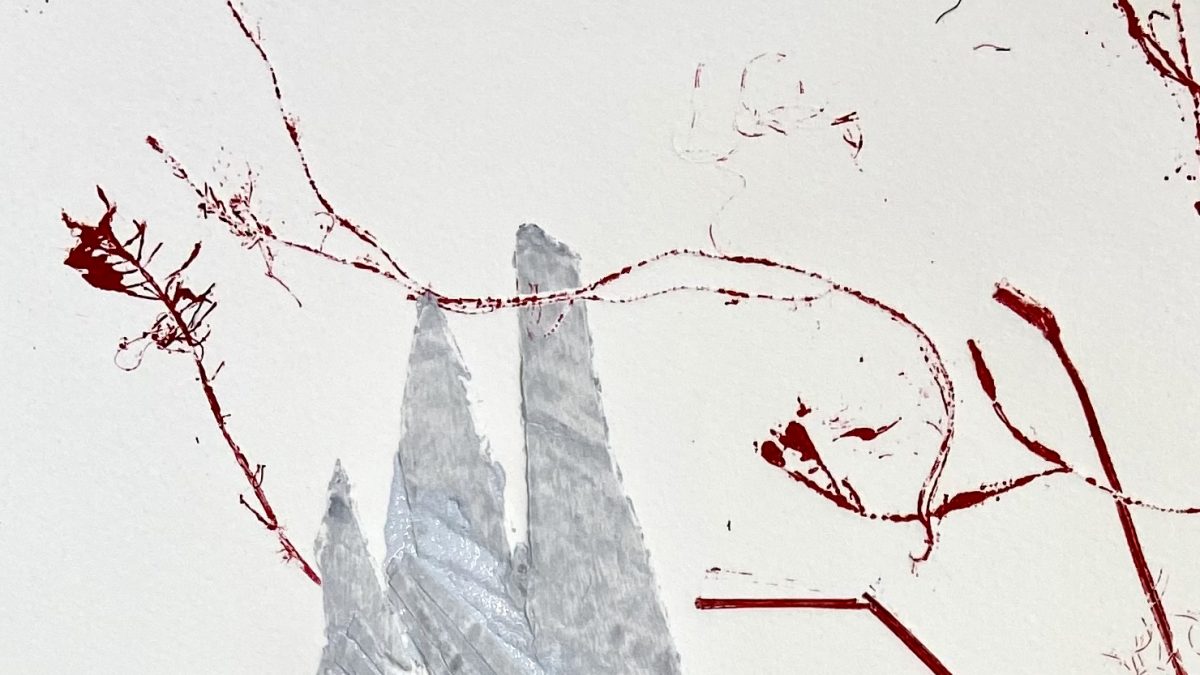 My images have dealt with representing something of the various places I have lived in, through depicting well known cultural references, usually through the figure or landscape and then moving on to superimposing the landscape into the figure. The superimposing being suggestive of embodied experience and then of an embodiment of paradox experience. Ultimately, through the images I have engaged with the theme of cultural identity and embodiment.

I am interested in the challenges of embodying more than one culture, especially that of the less prominent or lost culture.  In the process visual imagery usually comes to mind as a ‘fait accompli’, be it as a film, sculptural piece, book or print. I then work backwards to construct and manifest as close an image as that which appeared in mind.

I think I naturally fall back into the alchemy of printmaking.  You take one material eg. collograph plate, and transfer it onto another material that is the paper and the marriage of the two form a third.  It’s very much like a coupling and witnessing the birth of something new. Something that you have an idea of but actually never really know until the moment of reveal.

I also feel that the layering of images in printmaking is akin to a collection of memories. One image/memory at a time transposed upon another and built up to form a particular narrative. Like a deck of transparent illustrated cards. The same cards but shuffled to reveal another story, another image.

Voice and voicelessness run through much of my work as I explore in-betweenness and transition, connection and disconnection, and forces that differentially impact those at the intersections of society.  I do this by suspending ethereal sculpture, creating immersive and site-sensitive installations with wire and other physical or digital media, and playing with stillness and movement. My body is important both in the process and product of the work, from the laborious manipulation of threads, through to sometimes performatively becoming a part of my work.

My work considers connections and a sense of place through beholden knowledge and haptic process. I use Harris wool and other natural materials to create physical objects that stimulate imagination and memory. The practical and symbolic elements of tradition and culture are threads that inform my work. I am particularly interested in how my art is perceived in relation to an island setting.