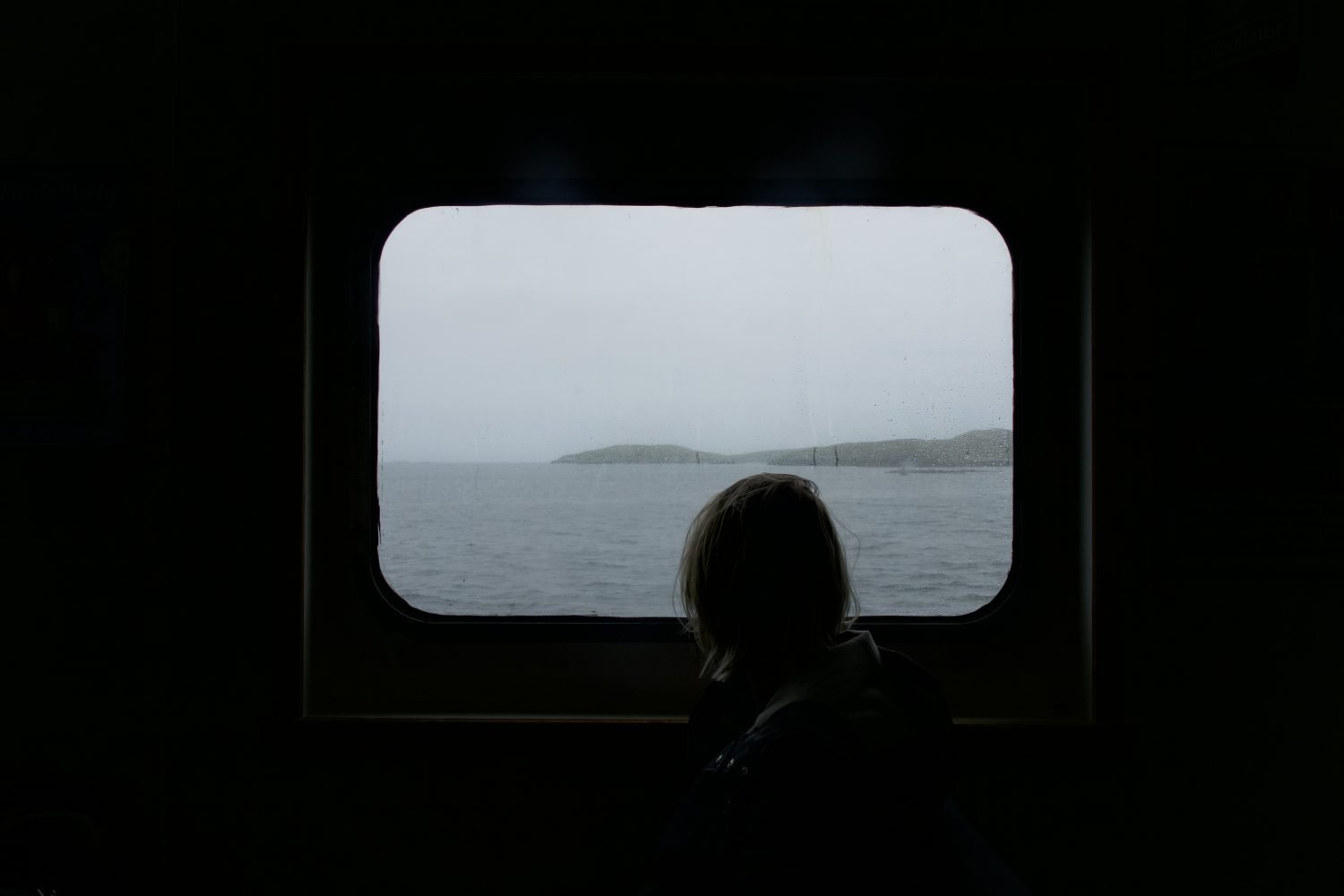 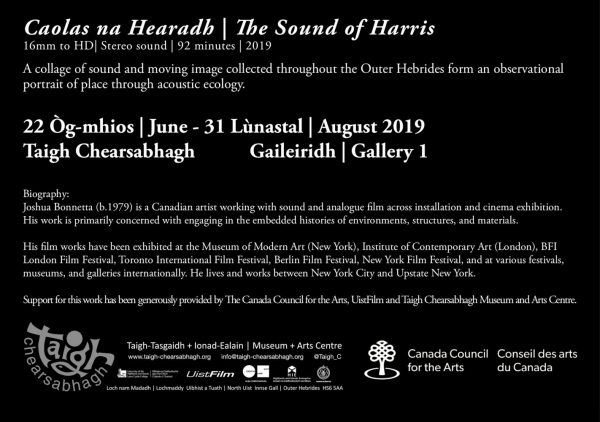 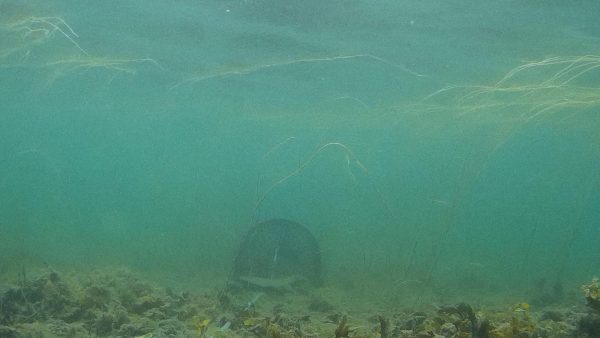 A single hydrophone placed within a fishing creel (functioning both as protective enclosure and microphone shock mount) records the daily activity of a sea loch adjacent to the port of Lochmaddy on the island of North Uist.

The microphone is strategically located behind the small island of Eilean Casaig at a confluence of edge habitats between the industrial port, connecting marine traffic to the Minch, and the tidal sea lochs which extend into uninhabited natural lands.  Among the tidal ebb and flow of currents anthropogenic sounds of seaweed harvesting, ferry traffic, and fishing boats compete with natural sounds of the marine habitat of the bay.

Joshua Bonnetta (b.1979) is a Canadian artist working with sound and analogue film across installation and cinema exhibition. His work is primarily concerned with engaging in the embedded histories of environments, structures, and materials.

He lives and works between New York City and upstate New York.