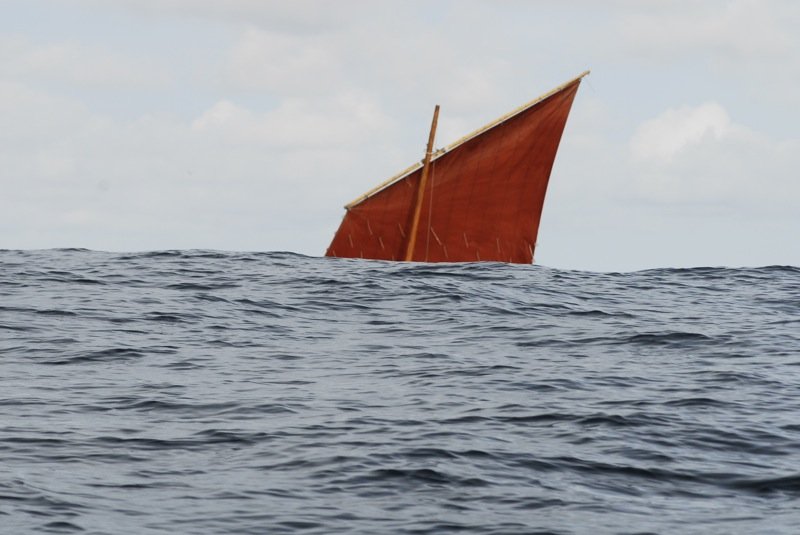 Is a thing lost… if you know where it is?


This is a part of a family story from Lewis. The cook has thrown all the cutlery over the side of the boat along with the washing up water. He breaks the news to the skipper by posing the question – Is a thing lost….. if you know where it is?  But if a thing can’t really be lost if you know its whereabouts, there’s nothing to worry about. Because you know for sure that all the stuff is over there, down at the bottom.

Commissioned by An Lanntair Arts Centre in Stornoway, the exhibition is an exploration of how a story can exist in many different versions. Ian has looked back on several journeys, usually by sea and he and other artists also tell the stories of new voyages, made during the project. The log of these explorations is told in different ways by the photographers, painters, print-makers, film-makers and musicians involved. There are drawings, sculptures, videos, music, installations  – and there is a range of works made by linked artists in collaboration. But all of these artists are essentially storytellers in the project.

This show has become a chart, tracing a route from Brittany to Iceland. There is also a wide detour to Denmark and on to the Finnish Islands to continue the creative links set in place between an Lanntair and their Baltic partners. Islands closer to the Centre’s home are also studied in depth – particularly the St Kilda group, 40 miles west of the Hebrides and the Shiants, 18 miles south of Stornoway.  There are also evocations of journeys to neighbouring Island groups and Orkney and Shetland are featured.

Two new films were commissioned by the project, thanks to additional funding from Creative Scotland. Both of these have the Shiant Islands as a focus but they are completely different in their approach to a story. A Boat Retold by Sean Martin and Louise Milne is a poetic documentary centred on a return voyage to the Shiants by a vessel rebuilt from the keel up. Another version of the good ship Broad Bay, in fact. Sruth nam Fear Gorm is  Andy Mackinnon’s  take on the story of the blue men who haunt the Sound of Shiants. Both films use new music from the Lewis based pianist and writer Peter Urpeth. He is joined by the internationally renowned vocal improvisation artist Maggie Nicol for a dynamic improvisation. 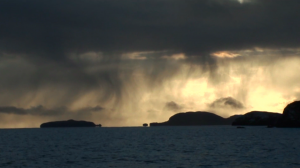 still from Sruth nam Fear Gorm/Stream of the Blue Men

One thought on “Is a thing lost… /Bheil rud caillte…”