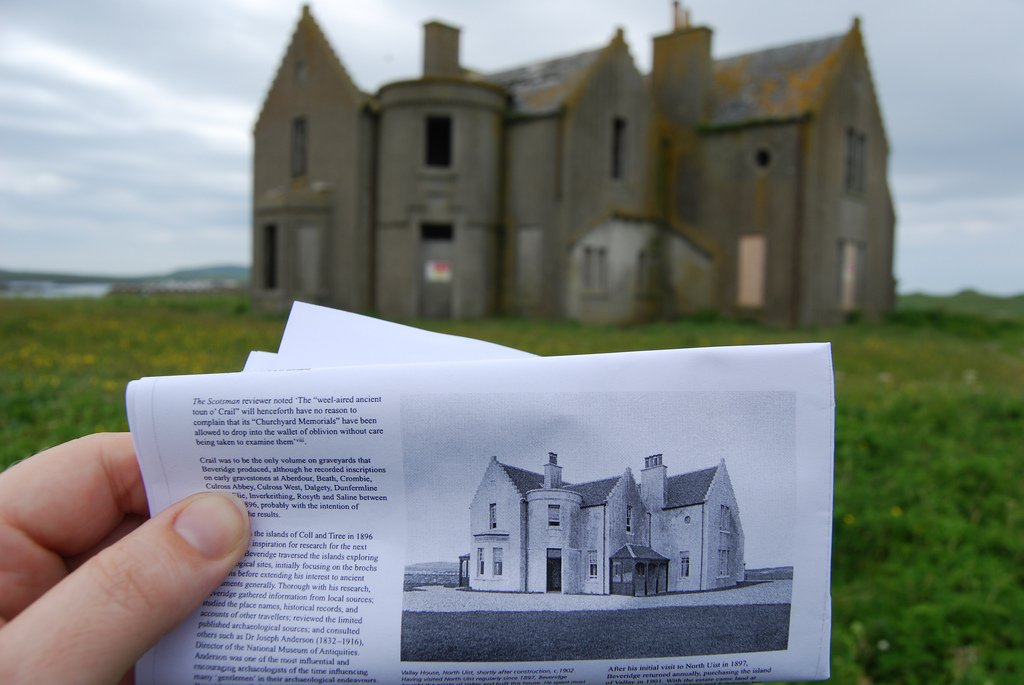 An exhibition exploring the archaeology and recent history of the fascinating Hebridean tidal island of Vallay, North Uist

The Outer Hebrides is made up of a myriad of small islands each with its own individual character and personality.  Experiencing an island for one hour, one day or a lifetime can give a person a snapshot of memories that will help form their feeling for a place.

Vallay is a tidal island.  Temporarily accessible by fleet foot or 4 x 4 across the flat sand strand.  Soft in places for the unwary it’s wise to seek local advice on which route the unofficial beach road follows.  Aiming for the twin gate pillars that mark the entrance to the former driveway it is immediately obvious that Vallay offers much for the amateur explorer.

From archaeological sites to more recent evidence of human occupation visibly illustrated by Vallay House, the farm steadings and worker’s cottages, although now abandoned, there is a sense of continuity of purpose on the island.  Described in the 16th Century as being ‘a fayr mayne ile, inhabit and manurit,’ it is worth acknowledging that the land on Vallay is still being actively farmed in the 21st Century.

Seall Bhallaigh – An Island Revealed has attempted to provide an introduction to the rich and eclectic mix of history, stories and personalities associated with one of the most intriguing and beautiful Hebridean islands – Vallay.