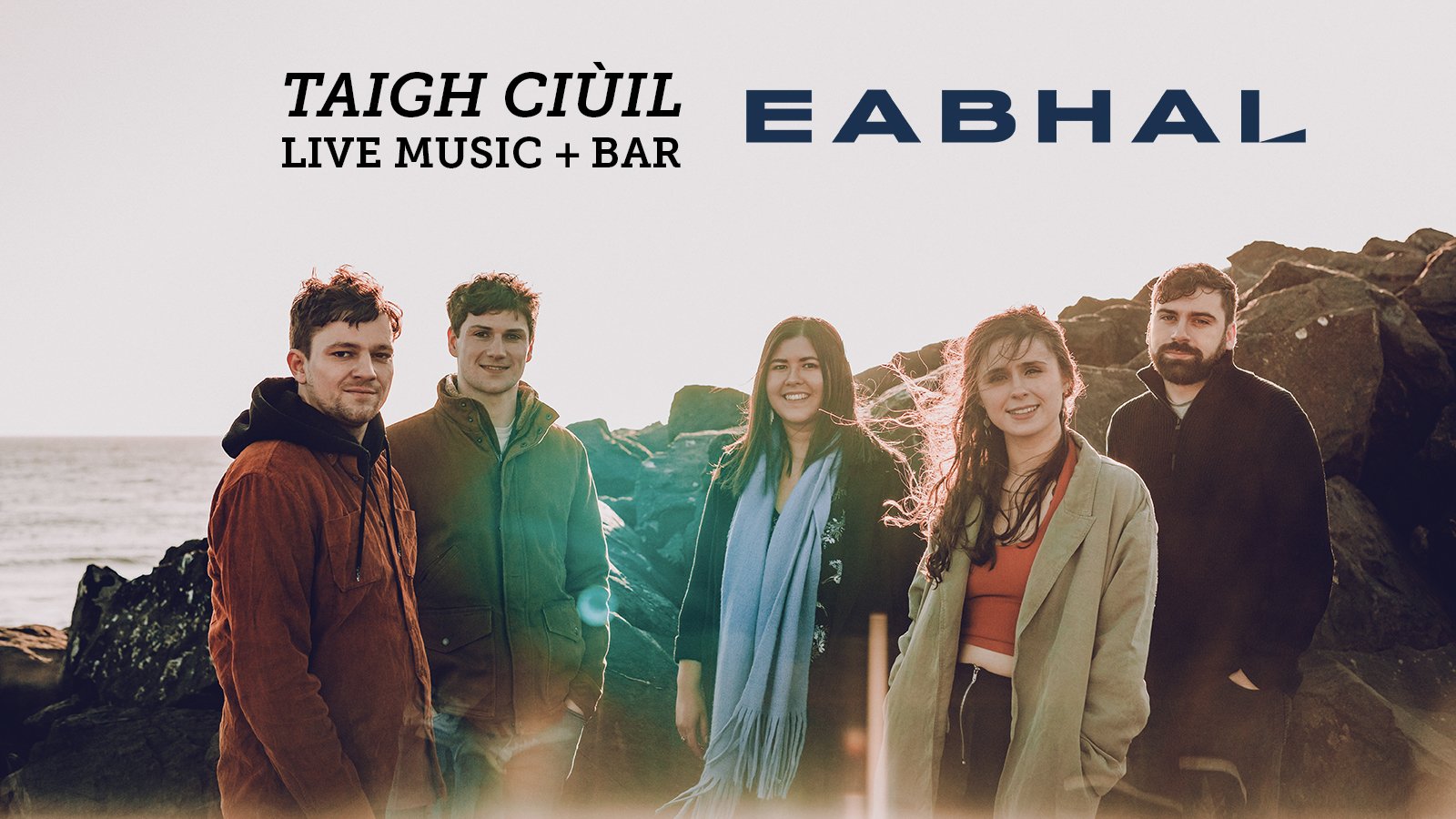 Taigh Ciùil is a series of live music nights hosted by Taigh Chearsabhagh, with the best traditional musicians and a licensed bar. Taigh Chearsabhagh is delighted to announce that Eabhal will play for us this summer. We hope you can come along for what promises to be a brilliant night of music with these talented musicians.

Booking your ticket ahead is preferred, which you can purchase below. A small number of tickets will be available at the door, but with strict capacity limits, we cannot guarantee availability.

Eabhal came together while based in the Scottish Outer Hebrides. Alongside traditional songs, contemporary and self-penned tunes, the band draws influence from other musical cultures and unites them within their music. In 2018 Eabhal were winners of Hands up for Trad’s Battle of the Folk Bands and were nominated for Up and Coming Artist at 2018’s MG Alba Scots Trad Music Awards. They went on to release their debut album, “This is How the Ladies Dance”, in 2019 which was long-listed for Album of the year MG ALBA Scots Trad Music Awards 2019, and they toured throughout Scotland, Europe, North America and China.

Their much anticipated second album is due for release in 2022.