Skip to content
Home > Event > Thank You and Goodnight… 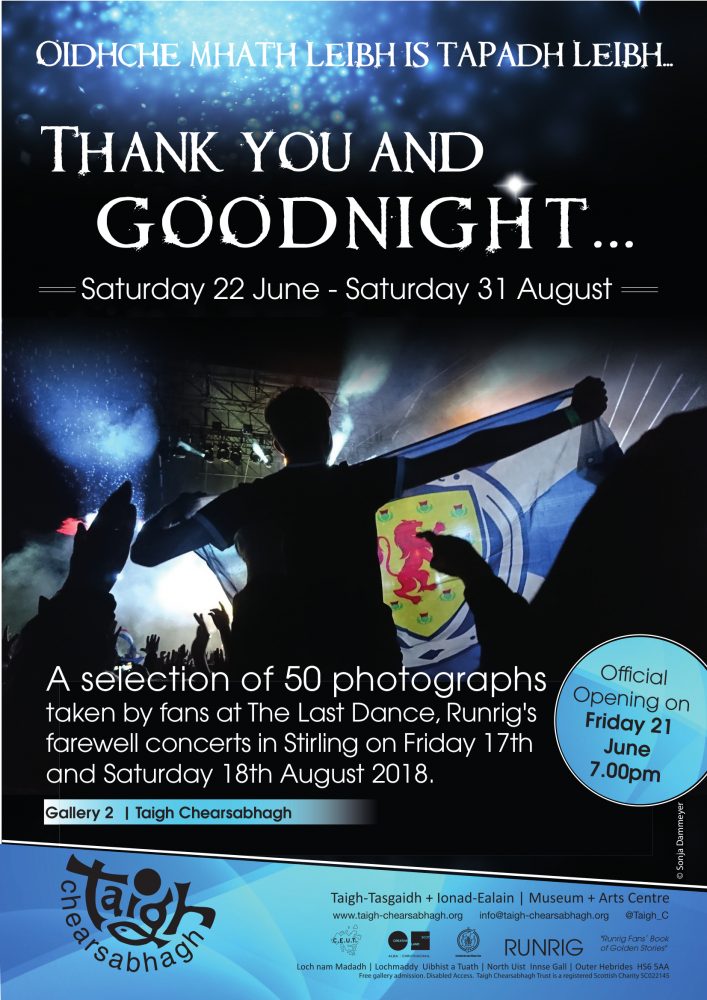 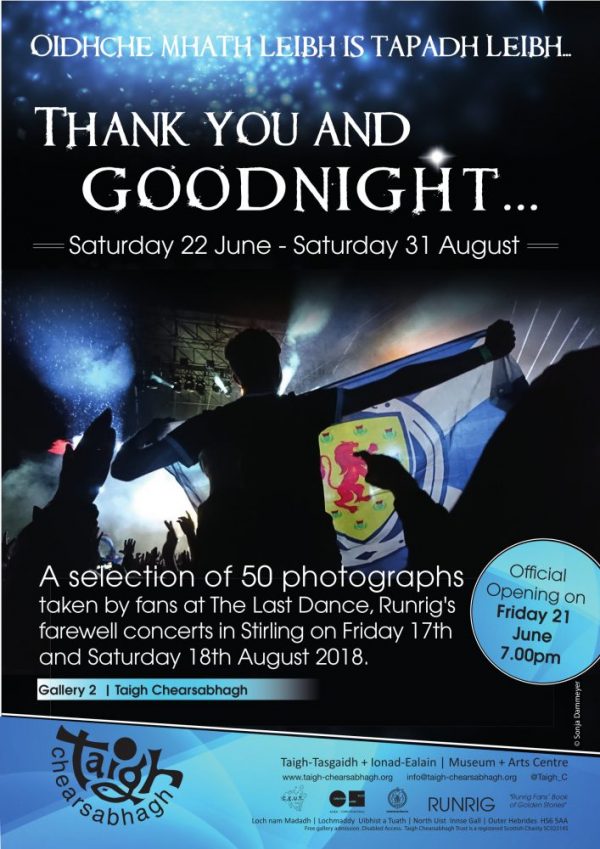 Welcome to our special exhibition celebrating the 45-year progress of the pioneering Gaelic rock band RUNRIG from community hall dance floors in 1973 to their final pair of performances, The Last Dance, in Stirling in August 2018.

Fifty images, taken by fans of the band during these two last-ever gigs, record the events from a perspective that the band could never witness for themselves but stayed steadfastly true and faithful to.

Started by brothers Calum and Rory MacDonald of Lochmaddy, RUNRIG rose to international fame and recognition as shown by some of the home countries represented by the photographers in our exhibition.

We are proud to host the official RUNRIG Archive (1973-2007) and have ambitions to extend it to cover the lifetime of the band.