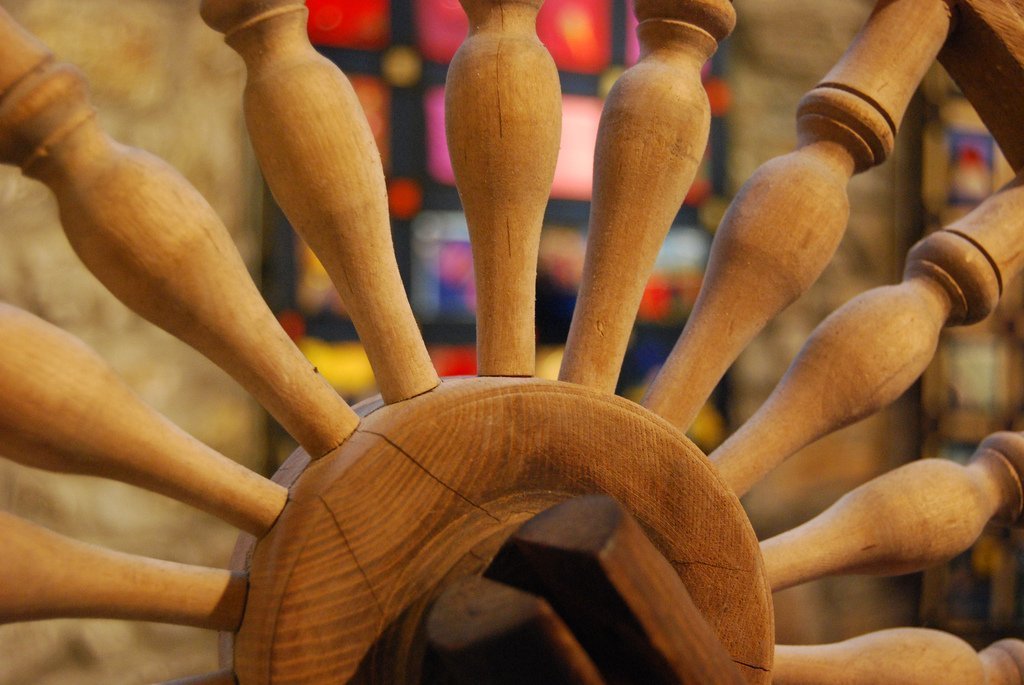 The name of Salmean is associated with the manufacture of spinning wheels in North Uist.  Swedish in origin, the first Salmean to arrive on the island came by accident as his ship was wrecked on the shoreline of North Uist at the turn of the 18th Century.  Being a ship’s carpenter, John Salmean used his skills and established himself as a tradesman in the area.  He married into the community and subsequent generations of the family continued the manufacture of spinning wheels.

One thought on “Spinning Wheel”