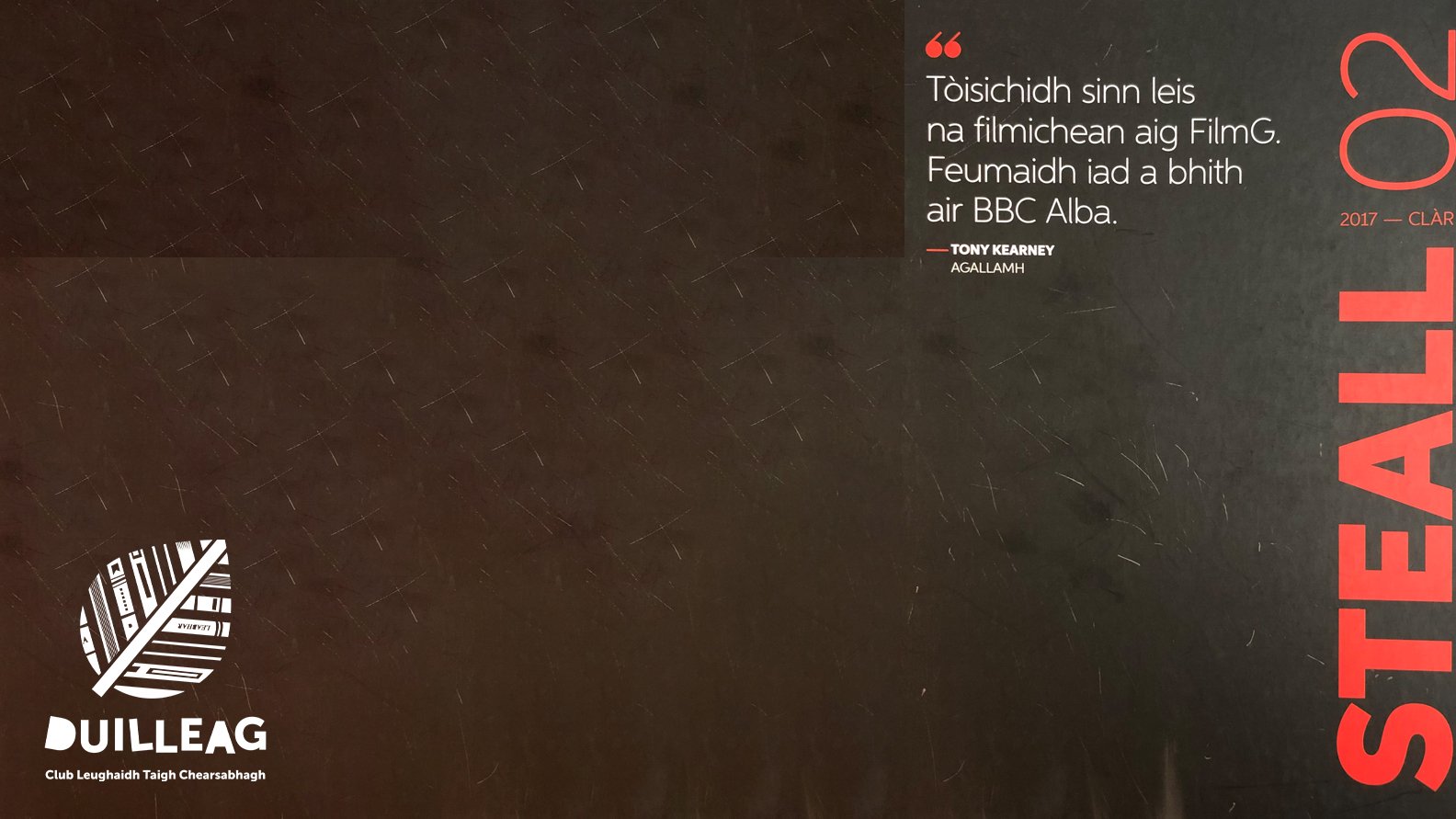 The Duilleag book club group are now reading STEALL 02, specifically Seonag Monk’s piece “Walk a Mile in My Shoes” on page 143. We will meet with Seonag to hear about her writing process on the 7th April at 7pm.

Seonag’s theatre writing experience began with the Gaelic theatre company Tosg in 1995 with the play Earball, quickly followed a year later with Roinn Mhic ‘s Athair and two children’s plays. In 2007 Seonag was commissioned to write There’s No V in Gaelic – a show which ran for two sold out nights in the Citizens theatre and featured an all female cast.

The discussion will be hosted online via Zoom by Taigh Chearsabhagh. Booking is essential in order to receive the Zoom invitation. The link will be emailed out shortly before the event begins. Bookings close at 6pm on the 7th of April.

DUILLEAG is open to all, including those without Gaelic. The conversations will move between English and Gaelic, and some things may be said without translation either way.

You can buy a copy of STEALL 02 and a range of other Gaelic language publications from the Taigh Chearsabhagh online shop.