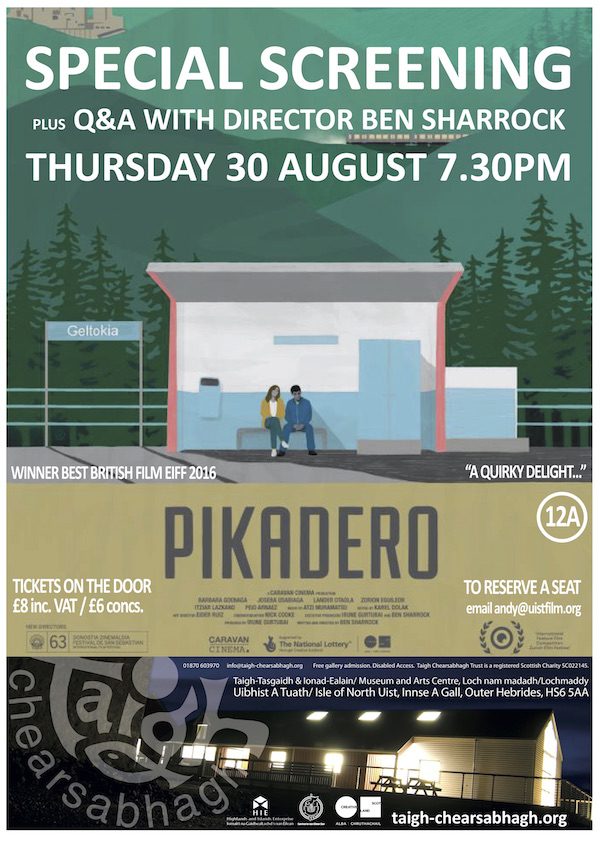 Unable to fly the nest due to the economic crisis that grips Spain, a young couple have trouble consummating their relationship. Increasingly desperate and with no money for a hotel, they are forced to look for local public hotspots used for sex, known as pikaderos. However, things are never easy and their relationship is quickly tested as they try to break free from the shackles of a crumbling economy. A quirky delight, Pikadero depicts the quiet humiliations of the economic crisis with a simple narrative that unfolds through tableaus of observational deadpan humour.

This Spain-UK co-production with Scottish director Ben Sharrock won the prestigious award for Best British Feature Film at the 2016 Edinburgh International Film Festival. The film is in Euskara (Basque language) with English subtitles. Nominally rated 12A

We are delighted to be able to host director Ben Sharrock and his Director of Photography for a Q&A after the screening.

Tickets on the door £8 inc. VAT/£6 concs. To reserve your seat email andy@uistfilm.org