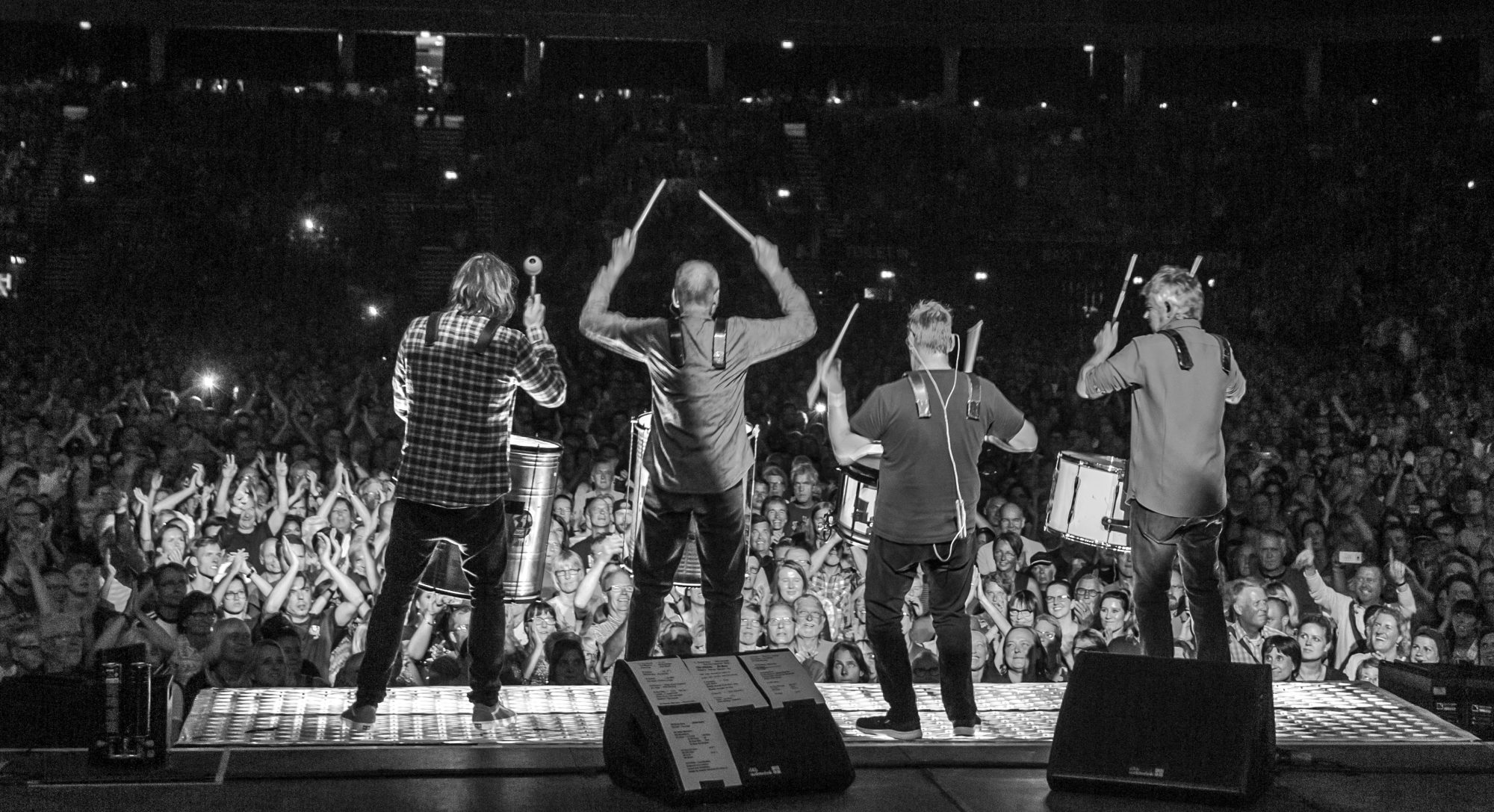 We’re delighted to present an exhibition of photographs from Andrew King. Andrew is a Scottish performing arts and (sometimes) landscape photographer who has provided the imaging for many great musical & stage names in Scotland and worldwide.

He began photographing local bands in his youth, often shooting a concert, dashing home to develop & print the images that evening, then returning the following day to sell the photos at the next show!

He formally studied Photography and then Digital Imaging at college, but Andrew believes his art is ingrained – he has a feel for capturing the moment, particularly challenging in dark theatres with dramatic stage lighting. His special talents have resulted in spectacular touring images of major Scots stars over the years including Big Country, Deacon Blue, Julie Fowlis, Simple Minds, KT Tunstall, Fish, Wolfstone, Lulu and most recently Skipinnish.

Andrew is best known for his work with the Scottish rock band, Runrig.

Andrew was first invited to cover their 30th Anniversary concert at Stirling Castle in 2003. The band loved the results and engaged him as their primary photographer from that point until their retirement. He effectively documented most live shows soon after Bruce Guthro and Brian Hurren joined the band line-up and was also responsible for much of their advertising imaging and photography for their fan magazine The Wire.

Andrew considers his position with the band a huge honour. “Over the years they have allowed me very privileged access to some massive Runrig moments”, he recalls, “I’ve covered many of the huge gigs in the band’s later years and witnessed albums being crafted”.

The photographer has many fond memories including covering their only US show in New York in 2006, the astonishing 40th anniversary Party on the Moor, the famous series of Edinburgh Castle concerts and the Final Mile Tour of 2018. One of his proudest moments was acting as a fly-on-the-wall photographer, helping to document a working tour, culminating in his book, “The Story of the Tour”, in 2016. “The band are all genuinely lovely people and great to work with” Andrew commented, “They’ve always been very welcoming and accommodating to my photo needs and after almost 20 years, I’m lucky to consider them great friends”.

As the official Runrig photographer for the last fifteen years, Andrew has amassed a huge collection of photographs from the bands’ British and European tours.  Andrew is the keeper of the Runrig library where photographs can be purchased at https://www.runrigphotos.co.uk/.

“I’m flattered to be invited to exhibit at Taigh Chearsabhagh, but selecting just some of my favourite images from across many years and literally thousands of photographs has been a big challenge – I’ve tried to demonstrate my art but also powerfully showcase one of Scotland’s greatest bands ever – I hope you like them”.

All of Andrew’s Exhibition pieces are now available for sale online through the Taigh Chearsabhagh webshop, here.

Andrew will also be joining us in person for a Q&A on the 20th of July, events page here.

Free and open to all.