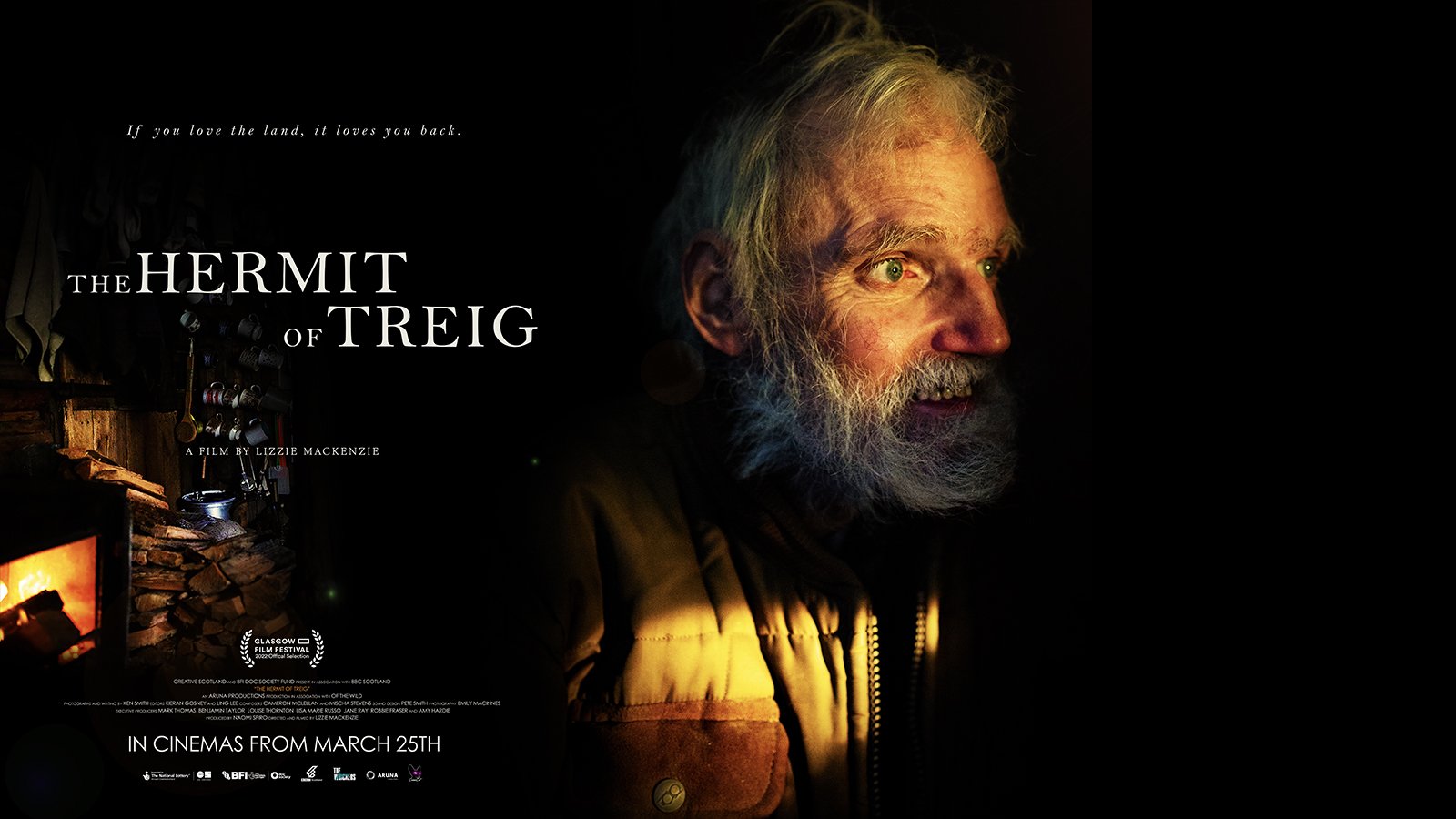 If you love the land, it loves you back.

After 40 years of solitude, a spirited elderly hermit opens his life to a young female director as he tackles ill health, a declining memory, and questions whether he can live out his last years in the wilderness he calls home.

UistFilm Presents a series of monthly film screenings, each last Saturday of the month at Talla Chàirinis. We’re delighted to be showing The Hermit of Treig following its release at the end of March. Please book your tickets below, as there will only be a limited number available at the door.

A meticulous diarist and avid photographer, Ken Smith has spent the past four decades in the Scottish Highlands, living alone in a log cabin nestled near Loch Treig, known as ‘the lonely loch’. He has no electricity or running water. He lives off the land, fishing for his supper, chopping wood, and even brewing his own tipple. Filmed over 10 years, director Lizzie Mackenzie poetically captures Ken’s profound, spiritual relationship with the wilderness: “If you love the land, it loves you back”. Now in his 70s, Ken reflects upon the reasons he turned his back on society, the vulnerability of old age and the awe and wonder of a life lived in nature in this humorous, transcendent and life-affirming feature documentary.

“What a journey it’s been bringing this film to life! I first encountered Ken Smith during my early twenties, and was so struck by his joie de vivre; the sparkle in his eyes and presence, despite him living in what most people would consider poverty, that I could never shake the idea of making a film about him despite having never made a film before. It took 7 years of writing letters and annual hikes into his remote woodland to get to the place where we were both ready to start filming, and I think that established friendship between us is what makes the story so special. Ken; with his photography and writing and his deep relationship to the natural world, has, in a way, made an art form of his whole life. I think his humble existence has a lot to teach us. Yet, above all, his story is a reminder of the remarkable human ability to alchemise trauma and suffering into beauty. And he does so in the striking Scottish landscape, despite all the challenges it presents. With this immersive exploration of the human spirit and nature, I hope this film will serve as an antidote to our current predicament of disconnection and disillusion.”