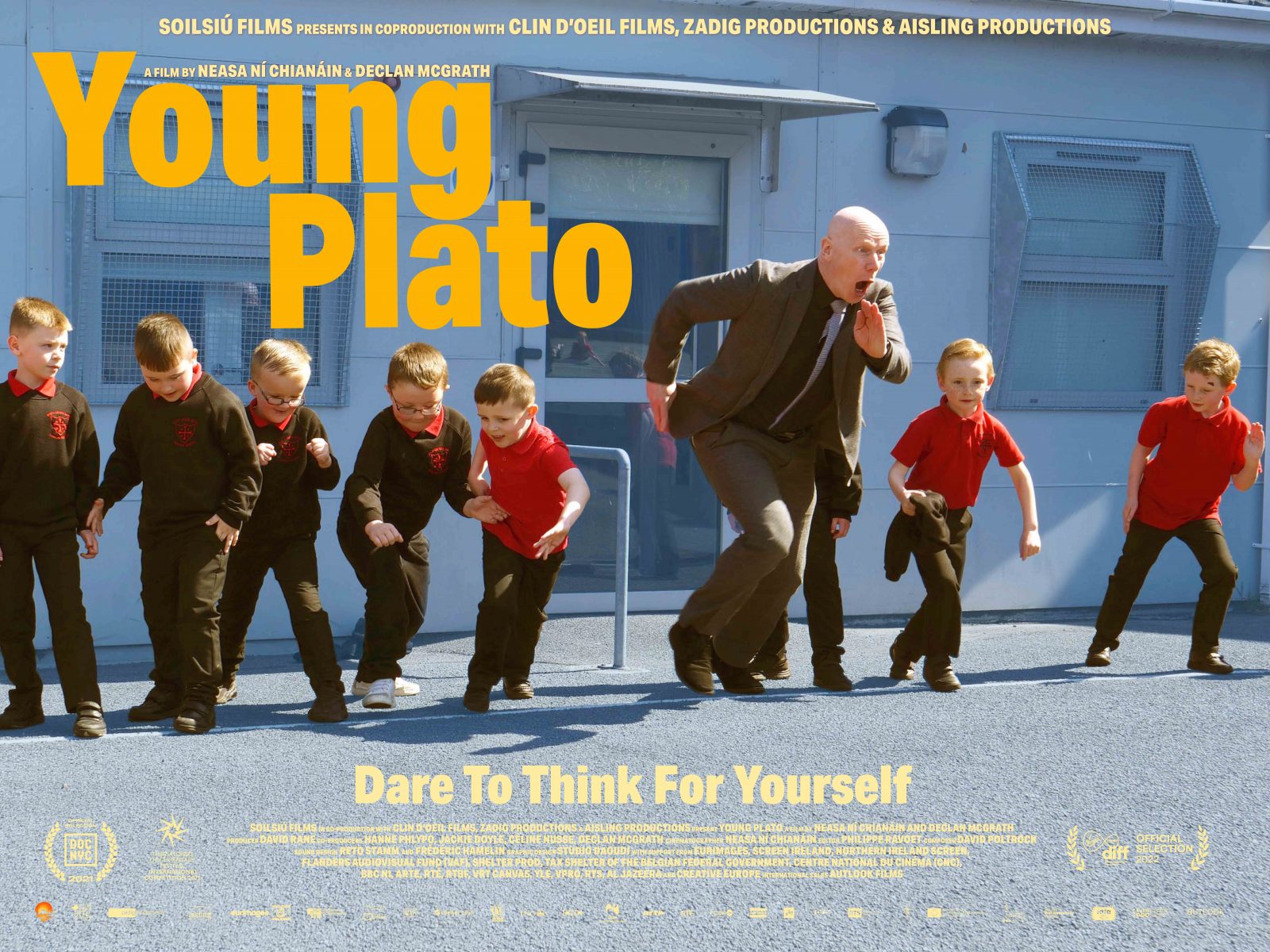 Following the release of YOUNG PLATO, Taigh Chearsabhagh are thrilled to host a screening of this poignant and gripping observational piece by Neasa Ní Chianáín and Declan McGrath.

An observational documentary set in post-conflict Belfast’s Ardoyne, where a marginalized, working class community has for generations been plagued by poverty, drugs and guns. This film charts the dream of Headmaster Kevin McArevey and his dedicated, visionary team illustrating how critical thinking and pastoral care can empower and encourage children to  see beyond the boundaries and limitations of their own community. We see how philosophy can encourage them to question the mythologies of war and of violence, and sometimes  challenge the narratives their parents, peers and socio-economic group would dictate.

Please join us at Carinish Hall for this special screening of YOUNG PLATO. You can book your tickets below, with a limited number available on the door.

Due to the current high prevalance of COVID in the community and in order to protect yourselves and others attending this socially distanced screening please undertake a Lateral Flow Test before attending and if positive do not attend.
We will have test kits available at the hall for anybody who has not been able to do a test prior to arriving at Carinish Hall. In this case please arrive at least 20 minutes before the 7pm screening time.
We would ask that all attending wear a mask throughout the screening and respect social distancing measures. Please wear warm clothing as additional ventilation will mean a lower ambient room temperature

Neasa Ní Chianáín, director, is one of Ireland’s most established documentary talents. Neasa trained at the National College of Art & Design in Dublin, and worked as a freelance Art Director on Irish feature film and television projects, before switching to docs in 2001. She has directed 9 single docs (4 feature length) and one tv series.

Declan McGrath produced and directed Lomax in Éirinn (2018, TG4) which premiered at the Galway Film Fleadh in July 2018 and screened at the IFI as part of its Ireland on Screen series. To date, it has also had public and festival screenings in New York, Washington, Alberta, Montreal, Clones, Liverpool, Wurzberg (Germany), Huston and Seattle. Nominated for Best Arts Documentary in the 2019 Celtic Media Festival awards.